We just received this news that the Popular Nokia 3310 that was debuted at the MWC 2017 Barcelona. Countries includes US, Canada and Australia.

Many users from different countries are likely to launch their newly bought Nokia 3310 which is near-indestructible feature phone in their various countries but right now, they can’t because it is unusable in this aforementioned countries.

The reports say that wile HMD Global kept some of the most recognizable aspects of the 3310 like its large keyboard and lethal sturdiness, it also retained its old band frequencies. But here’s the thing: This will render the phone virtually impossible to connect to most present-day carriers. 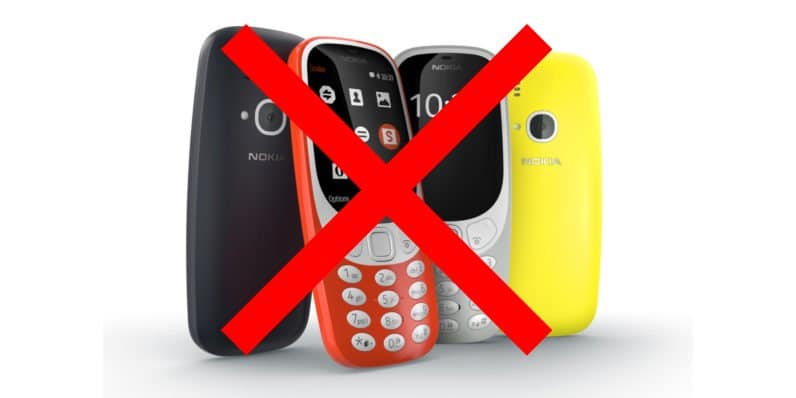 The Nokia 3310 features or support only this two bands – 900MHz and 1,800MHz. Many countries crossed these bands out in many parts of the world, it was only usable back in the 2000’s. Where these frequencies were easily compatible with the 2G connections.

Right now, if any phone or device or gadgets wants to operate across the globe without any restrictions, it must support at least four bands which are; 850MHz, 900MHz, 1800MHz and 1900MHz.

Most carriers in the US and Canada no longer support the frequencies the revived 3310 does. The same goes for Australia and Singapore, where carriers are gradually shutting down 900MHz and 1800MHz bands.

This news is so devastating but not many other countries Including our Dear country “Nigeria” We think people in this countries might hate this Nokia 3310 with passion but then there can still test out other Nokia brands!