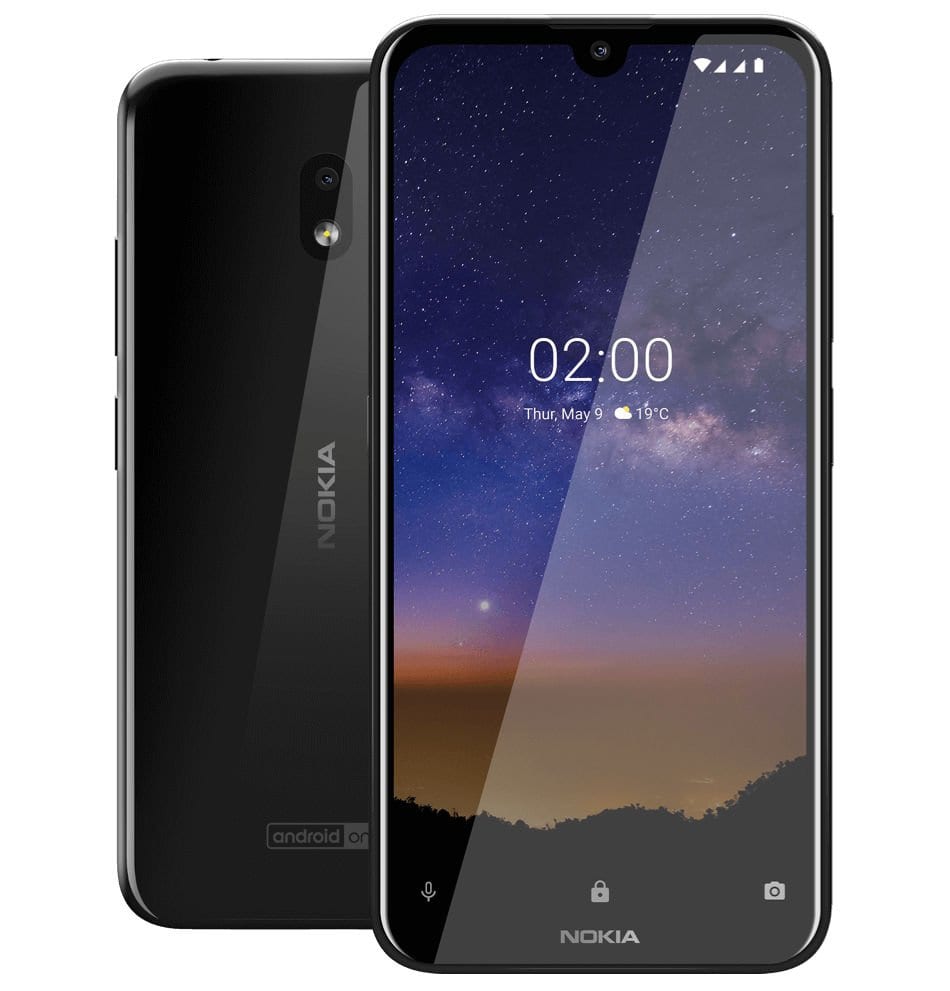 This is the Nokia 2.2 Android One smartphone with 5.7″ notched screen, single 13MP shooter, powered by Helio A22. There’s also a dedicated Google Assistant button on the left-hand side.

Nokia 2.2 is the latest company Smartphone to feature Android, and will be the most affordable phone to get the next Android Q OS update.

The Nokia 2.2 comes with a rounded polycarbonate design, along with a stunning 5.7-inch IPS panel with HD+ resolution and a waterdrop notch for the 5MP selfie camera.

While the back camera holds a single 13MP shooter with an LED flash. The cameras comes with bunch of many features, which can take astounding shots.

It lacks a fingerprint sensor scanner, but the Nokia 2.2 based on Face Unlock as your only biometric security. The handset was officially launched in India.

Nokia 2.2 is completely powered by the Helio A22 chipset with a Quad-core CPU, alongside with 2GB or 3GB RAM, and 16GB / 32GB of internal storage, which can be expanded via the microSD slot.

Being part of HMD devices, it comes with Android One program, running near stock Android Pie. Which means that the Nokia 2.2 is sure of at three years of software updates.