The Nokia officially unveiled three new affordable Android Smartphones for its customers and they all have the starting price range of $115 upwards. The phone costs are definitely for those on a budget. The newly introduced Nokia 2.1 Smartphone runs on Android 8.0 Oreo (Go Edition).

It is not the company’s first Smartphone to run on slimmer version of Google’s OS, it is the Nokia 1 device. The phone lacks a fingerprint sensor scanner like the Alcatel 1X. 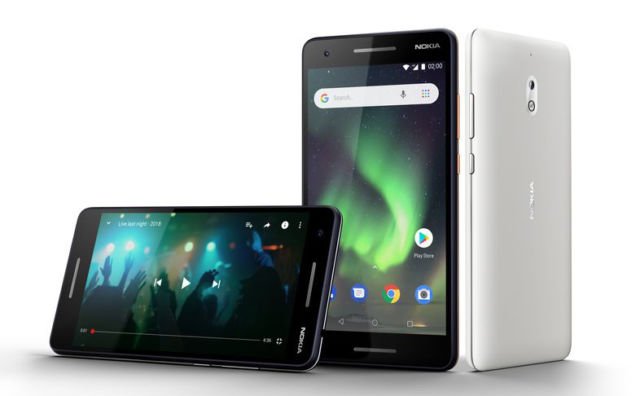 It is interesting to find out that the phone arrives with faster processor. Lite versions of the Google apps installed by default and they includes Google Maps GO, YouTube GO and Gmail GO. There is a dual front-facing stereo speakers designed for complete enjoyment of entertainment on the go.

However, the Nokia 2.1 is much different from the Nokia 2 but you could say, it is a refreshed version of its predecessor. The new device arrives with a 5.5inches 16:9 HD screen along side a  1280 × 720 resolution. And packs  a polycarbonate plus metallic accents, yep, you have the premium looking device.

While on the camera, the phone is specifically enhanced with 5-megapixels front-facing camera and there is a 8-megapixels rear camera with LED flash. The phone might not take sophisticated photos but it is suitable for such range.

The Nokia 2.1 packs a lot of network and connectivity for your wireless and wired connection. There is 4G VoLTE/WiFi, Dual Speakers, Bluetooth 4.1 and the 3.5mm headphone jack port.

The phone is powered by a Qualcomm Snapdragon 425 processor, 1GB of RAM, 8GB internal storage and there is a microSD card slot for memory expansion. So, you can save a lot of documents, apps, movies, musics and of course, photos too.

Surprisingly, HMD Global promised that the Nokia 2.1 can also be upgrade-able to Android P OS. Available in Blue/Copper, Grey/Silver and Blue/Silver colors. Everything is fueled by the 4,000mAh battery capacity, the company says it can lasts for 2 days.

The Nokia 2.1 device is specifically made for your simple budget. It fits into your pocket smoothly. With the seamless performance, you can watch videos, listen to musics, play with apps, games and it would still be stable for your usage.