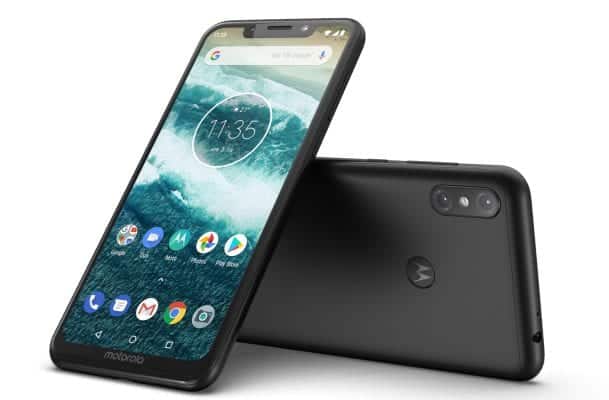 The latest Motorola Power ONE Android Smartphone comes with a pure metal design, and there are much differences to the Motorola ONE, bigger screen, camera, battery, processor and many more.

The device is fairly decent with the trending notch display, although, there is no face ID unlock recognition. But trading the device for a iPhone X is out of question. Of course, there are few interesting specs which are available to the flagship device than the Power ONE!

The Motorola Power ONE is a remarkable mid-range Android Smartphone with sharp and big screen display of 6.2″-inches, and the bezels are slimmer, with the slightly advanced 19:9 aspect ratio. The bottom borders displays the Motorola logo boldly.

On the back, you’ve got the circular “M” logo, which doubles as the fingerprint sensor scanner, for easy unlocking. And there is the iPhone X-like vertical dual rear camera placement.

While on the front, there is the 12-megapixels selfie snapper with f/2.0 aperture and 1.25um pixels. And it support Portrait mode and lacks support for Face ID recognition system.

The device is powered by a powerful Qualcomm Snapdragon 636 SoC running at 1.8GHz octa-core processor. Coupled with the same 4GB RAM and 64GB of built-in storage, which is expandable up to 256GB via micro SD card slot.

The device comes with 5000mAh battery capacity, where you get up to 6 hours of battery life in just 15 minutes and up to two days of battery life on a single charge with the company’s TurboPower charger.

It is also part of Android ONE program also, shipping with Android 8.1 Oreo but Motorola promises an immediate upgrade to Android 9.0 Pie!

Unlike the One, the One Power is only set to be released in India in October. And the pricing wasn’t revealed by the company, but being the bigger variants, expect a little increase in price.