We were all aware that the Americana company, Motorola unveiled their mid-range phones at IFA 2018, Motorola One and Motorola Power One. The new phones are quite attractive but it still lacks some top-end specifications and features. 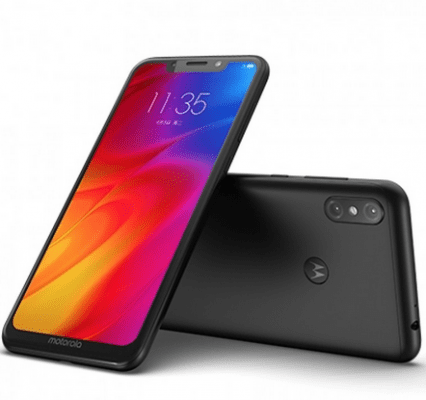 The Motorola P30 Note Smartphone is much more of a premium device, than the normal Motorola P30, which was launched few weeks ago. The both phones comes with many more similarities but the differences is quite huge and reputable.

But in design, it still comes with a notch display like its predecessor, the same screen size. And it is available in two variants, 4GB and 6GB RAM. Powered by the 1.8GHz Snapdragon 636 octa-core processor.

Featuring a 64GB with expandable memory via the dedicated microSD card slot (up to 256GB). There is also a fingerprint scanner on the metal back panel, marked with the Moto logo and it runs on Android 8.1 Oreo based on ZUI 4.0. And comes with one color option, Midnight Black.

The front and back cameras are classic and brings in a colorful photos and selfies. It holds a dual rear camera of 16-megapixel and 5-megapixels sensors. The 16-megapixels is the primary camera with f/1.8 aperture, 1.25um pixel size, OmniVision OV16B sensor.

While the 5-megapixel is the secondary sensor with f/2.2 aperture, OmniVision OV5675 sensor and support dual-tone LED flash support. And comes with a 12-megapixel selfie sensor with f/2.0 aperture and 1.25um pixel size.
There is 5000mAh battery capacity with fast charging tech for the Motorola P30 Note.