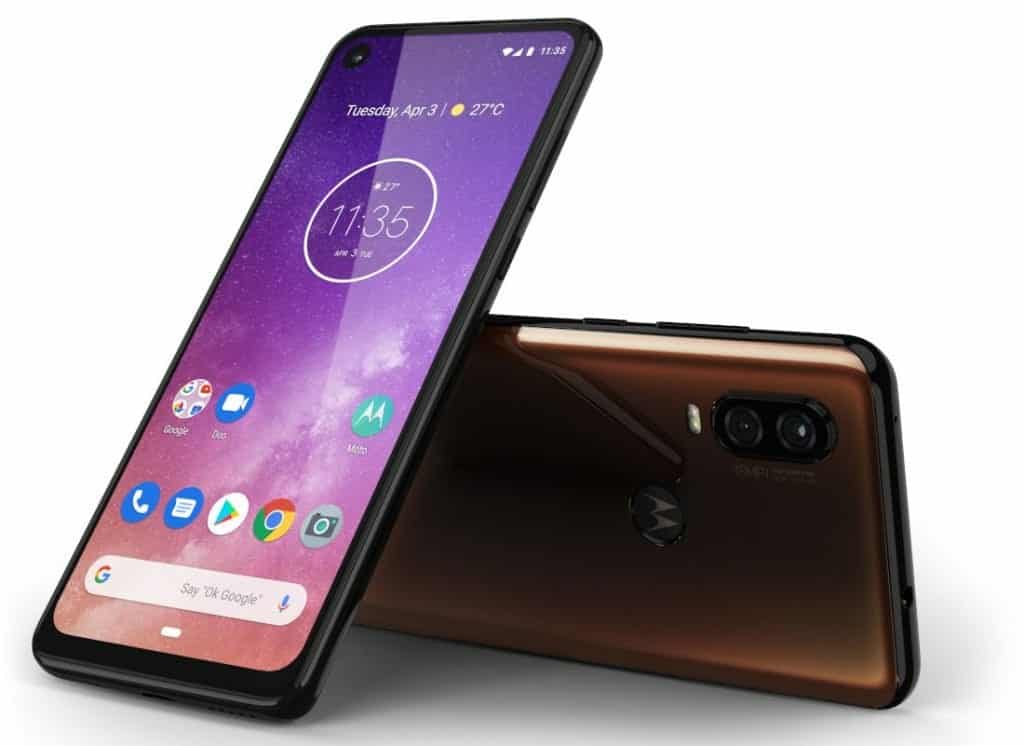 The Motorola One Vision is the company’s first Smartphone to arrive with 21:9 cinematic screen, trendy punch hole camera, and a Samsung Exynos 9609 processor chipset inside.

Aside from that, the mobile handset also features a 6.3-inch Full HD+ 21:9 display, 25MP in-screen front camera, 48MP rear and it was announced at an event in Brazil.

Although, it is mid-range Smartphone running on stock Android as a part of the Android One program, but it still packs a bunch of impressive specifications and features.

The phone comes with a 4D Corning Gorilla Glass back with gradient finish design, and it looks stunning especially for the Motorola’s One family.

It packs a revolutionized 6.3-inch LCD screen with the trendy 21:9 aspect ratio, which Motorola is calling CinemaVision. Of course, Song just joined the trend. Anyways, the ratio is just perfect for watching movies.

Aside from the magnificent aspect ration display, the phone also features a singular circular cutout for the selfie camera, which is the first also For Motorola One phones.

These display and design might be amazing, but it still doesn’t guarantee the Motorola One Vision a top-end Smartphone.

It features a rear-mounted fingerprint scanner built inside the classic Moto circular dimple, and available in both Sapphire Blue and Brown color options. The volume rocker, power button, headphone jack, and others are still placed as usual.

The Motorola One Vision comes with a dual camera setup at the back, and it backed by a dual-LED flash. While a single 25-megapixel sensor selfie lens stays at the front hole-punch.

Like the OnePlus 7 PRO, you will not save a 48MP photo shots, but will use Quad Pixel technology to combine four pixels into one large 1.6µm pixel.

Which will make it look like a sharp 12MP photos with improved brightness and reduced image noise. It also supports new Night Vision mode, AI features such as portrait lighting mode and OIS feature.

For first time, a Motorola One family, the Vision is built around a Samsung’s Exynos 9609 chipset, featuring 4 powerful Cortex-A73 cores running at 2.2GHz and 4 power-efficient Cortex-A55 ones clocked at 1.7GHz processor.

The mobile handset is available in 6GB of RAM for seamless and faster multitasking, and 128GB of internal storage, which is expandable up to 512GB with microSD.

It runs on stock Android Pie, also part of the Android One program, which provides two major OS updates and three years of security update support.

However, it is also backed by a 3500mAh with 15W TurboPower fast charging, which boasts 7 hours of usage in just 15 minutes of charging. 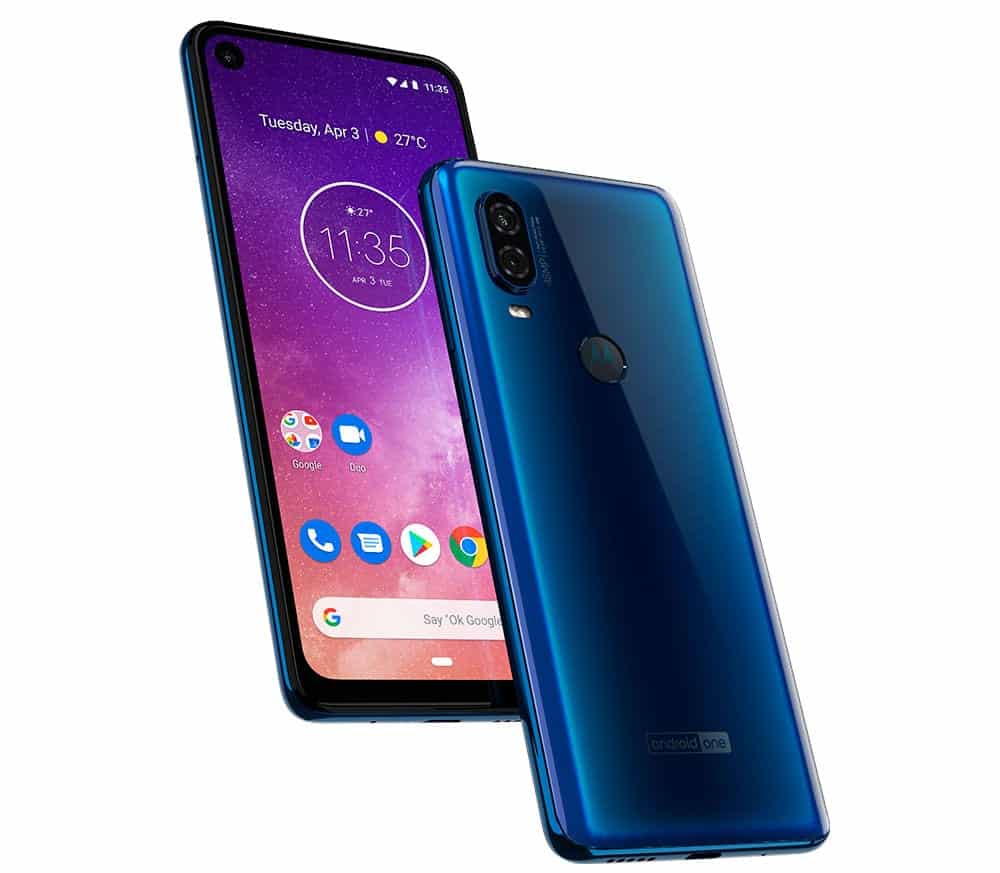 Price of Motorola One Vision

The mobile phone is priced around €300/$335 for the lone model, which is the 6GB RAM and 128GB of internal storage. It is very nice and attractive for the price.

However, if you are in Europe, you can start pre-ordering but note that the first European buyers will also receive a pair of Motorola Verve Earbuds which cost €130/$145 separately.

It is already available in Brazil at 1,999 Brazilian Real, around $499 / Rs. 35,080. Other countries in Asia, Middle East, and Australia will start getting their own in the coming months.

Unfortunately, the US might never join the list of the countries, that will receive the phone. One good Motorola phone that won’t go to the US.