Motorola One Fusion has been unveiled with a 6.5-inch Max Vision HD+ notched display, 48MP QUAD-rear camera, rear-mounted fingerprint scanner, and it is powered by Qualcomm Snapdragon 710 processor with 4GB of RAM.

One Fusion is the company’s latest mid-range smartphone packs amusing specs and features. Although, they are quite downgraded when compared with the Plus version, but the price is quite alluring. 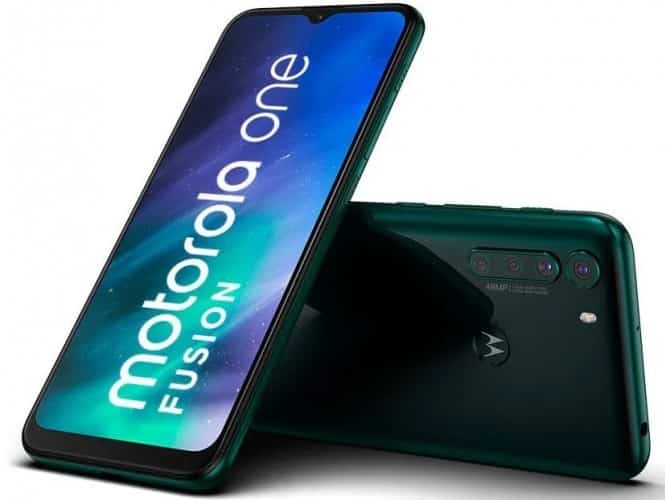 The QUAD-rear cameras are slightly identical to the One Fusion+, but the 64MP is replaced with the 48-megapixels main camera with LED Flash, but the other three modules remain intact, including the 8-megapixels ultrawide, 5-megapixels macro, and 2-megapixels depth sensor.

Inside the top-notch display, we can find the downgraded 8-megapixels from the pop-up selfie mechanism with a single 16-megapixel selfie shooter.

Both devices arrive with P2i coating for splash resistance. And the Motorola One Fusion comes has a plastic body with a glossy finish and curved edges. However, you can easily notice a considerable chin at the bottom.

The Motorola One Fusion is powered by an Octa-Core Snapdragon 710 10nm Mobile Platform, with Adreno 616 GPU, 4GB RAM with 64GB internal storage, which can be expanded up to 512GB via a dedicated MicroSD card slot. 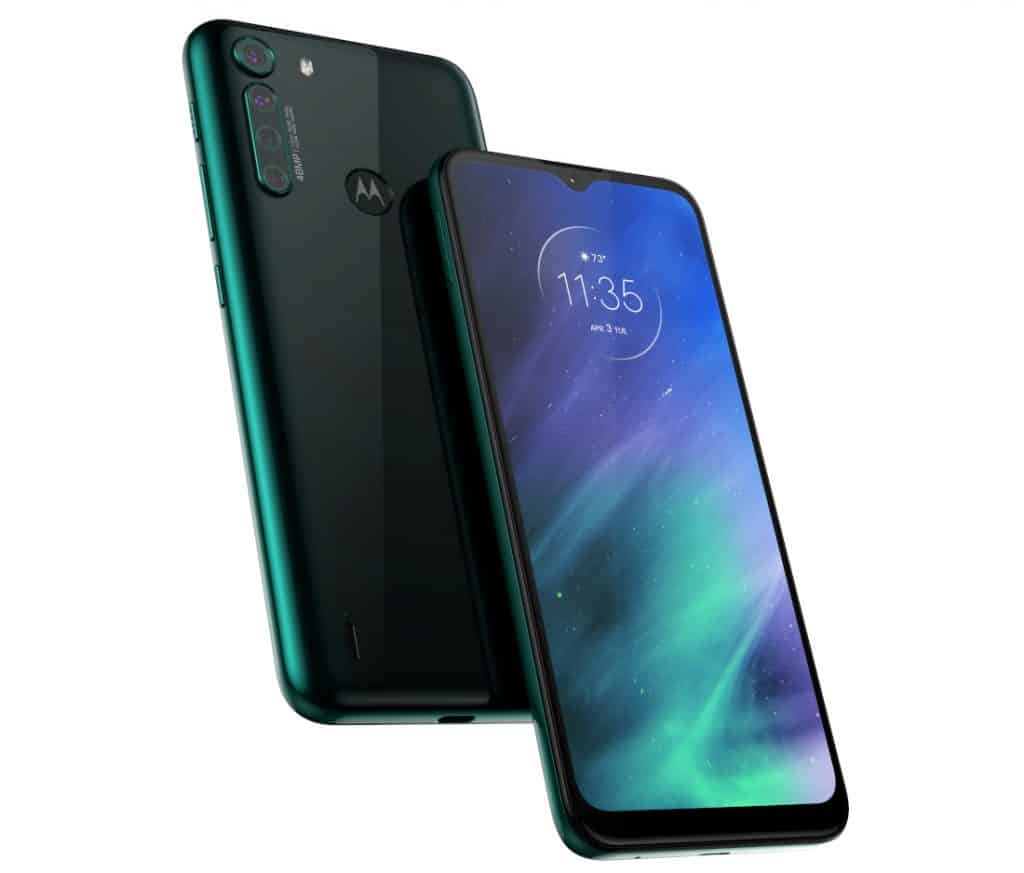 It runs on Android 10 OS out of the box, a dedicated Google Assistant button, and fueled by a 5000mAh battery capacity charging via a USB Type-C, with unknown charging speed.

The Motorola One Fusion will start selling from Latin America at 1,99,990 Chilean Peso ($249) for its single variant, 4GB RAM with 64GB inbuilt storage, and then to KSA and UAE in the coming month.