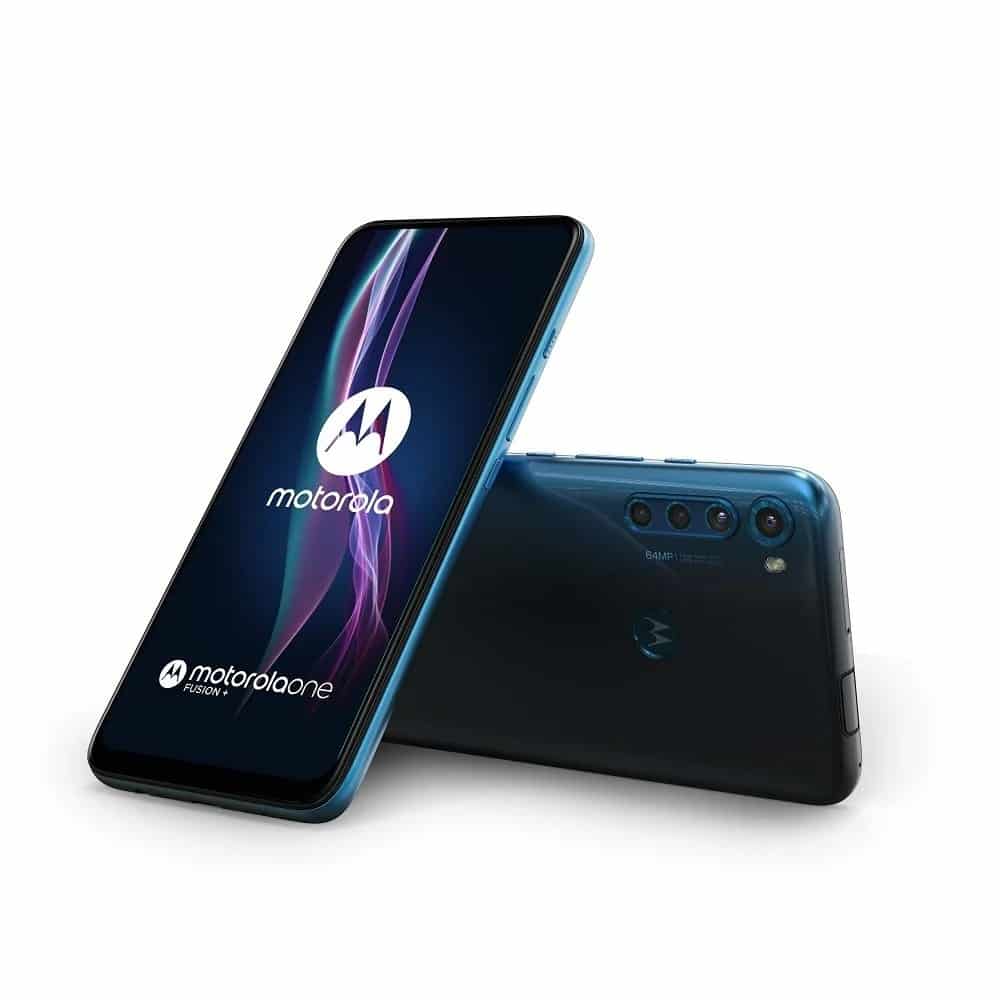 After six months of introducing the Moto One Hyper as the company’s first phone with a pop-up selfie camera sensor, Motorola announced the One Fusion+ as the second phone to do that.

The Moto One Hyper is quite similar to this device, but it does pack a 32MP pop-up selfie camera. The pop-up selfie helps avoid the punch hole, which can be recently seen in One models, and even the flagship Edge+. 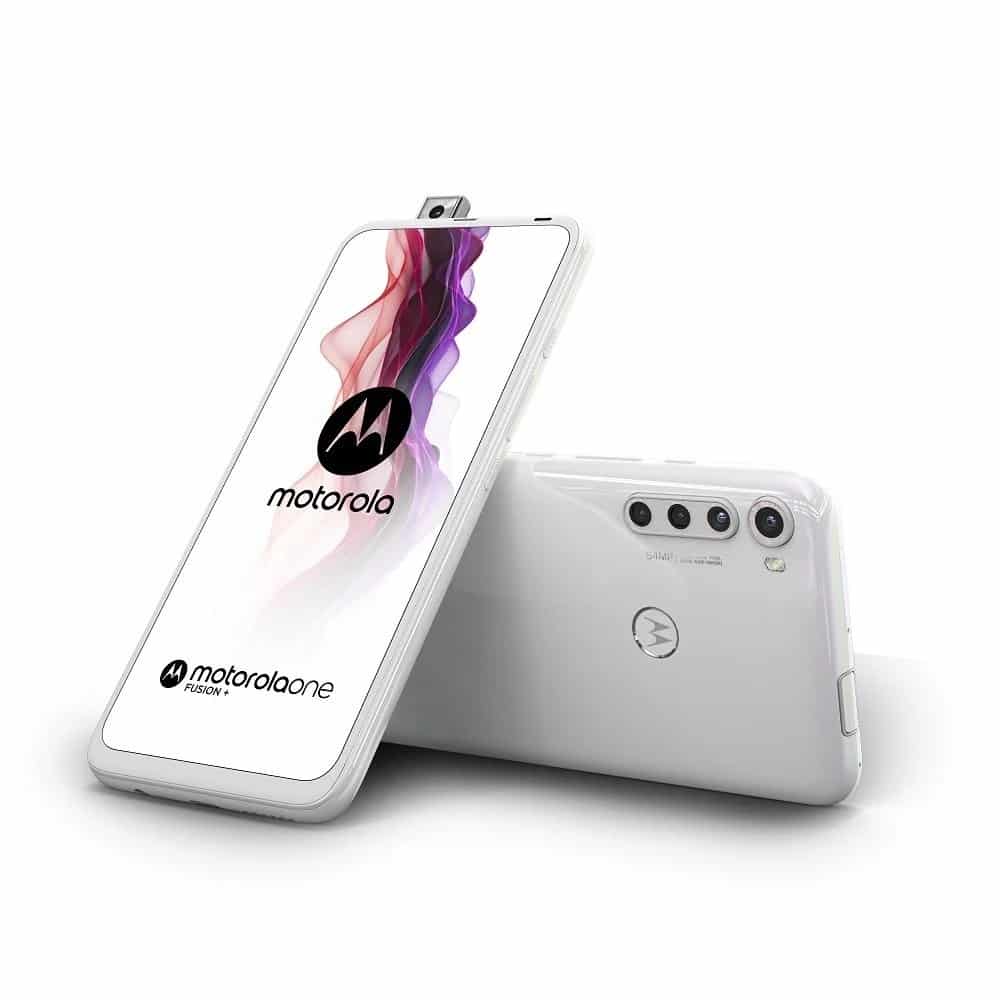 You can find the phone in either Moonlight White and Twilight Blue color options, and sports a fingerprint sensor scanner, which doubles as the company’s logo at the back. It has a plastic body with a glossy finish, curved edges, and a noticeable chin at the bottom.

The One Fusion+ smartphone packs a QUAD-camera array consisting of a main 64-megapixel sensor, Quad Bayer design for better low light performance, alongside a wide-angle 8-megapixel camera, a 5-megapixel macro camera, and a 2-megapixel depth camera. Which is quite different from the One Hyper with a simple dual-camera setup.

But like the Motorola One Hyper, the One Fusion+ sports a 16-megapixels pop-up front camera with f/2.2 aperture. The phone retains 3.5mm jack and supports FM radio receiver, which wasn’t available in the last model.

It runs on Android 10, powered by Octa-Core Snapdragon 730 Mobile Platform with Adreno 618 GPU that promises CPU and GPU performance upgrades over the One Hyper’s Snapdragon 675 (11 nm) chipset. Packs 6GB RAM, 128GB internal storage, expandable up to 1TB with microSD.

The new phone is fueled by a 5000mAh battery with support for slower 15W TurboPower charging. It is quite different from the Hyper using the 27W charging in Europe and 45W in the US.

We are still not sure about the US and global launch, but the Motorola One Fusion+ which was unveiled in Europe costs €299 ($338) and will be available later this month.