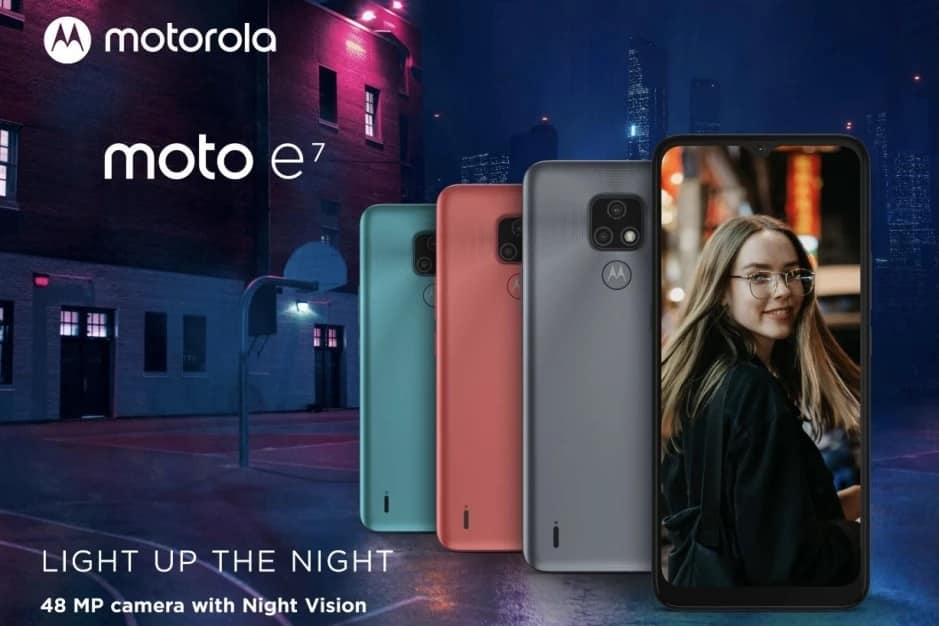 Motorola announces its latest Smartphone in its E-series, it is the Moto E7 with a 6.5-inch HD+ MaxVision display, rear-mounted fingerprint scanner, dual rear cameras and powered by the Octa-Core MediaTek Helio G25 SoC with 2GB RAM.

The Moto E7 was released shortly after the company announced the Moto E7 Plus in September. However, it is an entry-level Smartphone with impressive specs and priced at an affordable price range.

On the front is a 6.5-inch MaxVision display with an HD+ (1600 x 720p) screen resolution, and it comes with a water-drop style notch that houses a single 5-megapixel selfie sensor for Portrait shots.

It arrives with a dual rear camera setup inside a square camera bump in the middle, featuring a primary 48-megapixel camera, which the company claims brings ‘premium mobile photography’ to a lower price point. 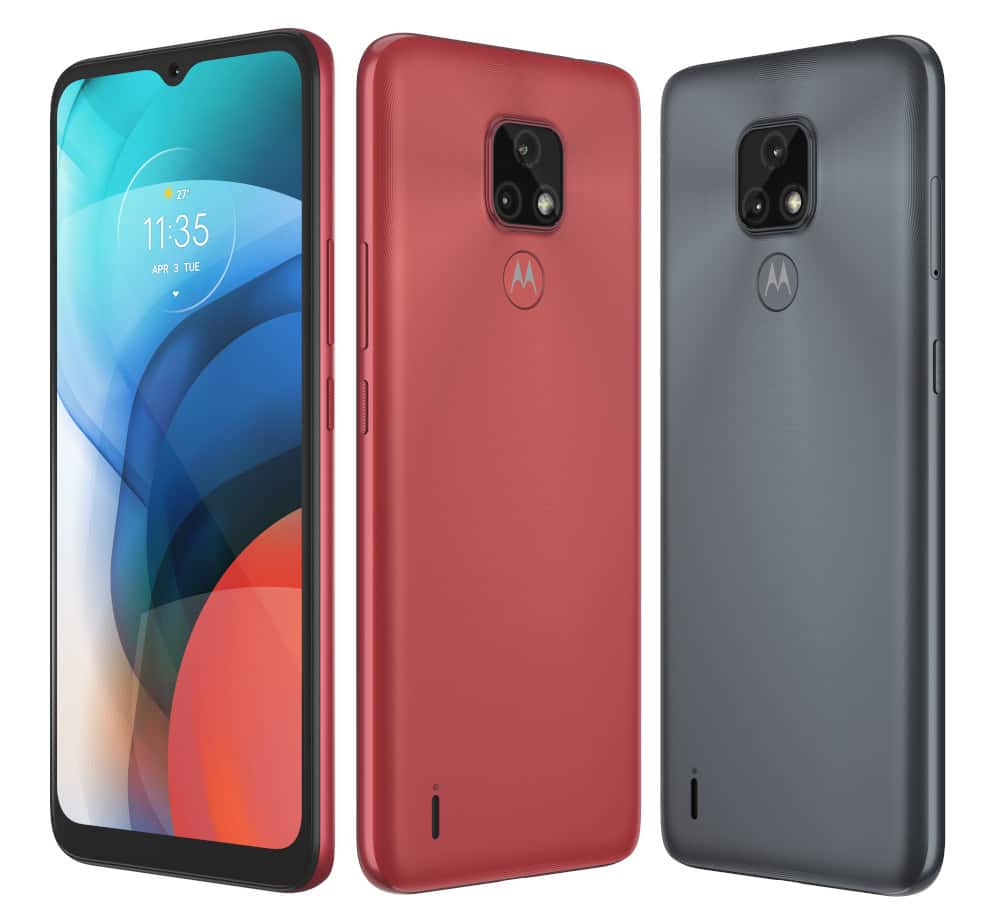 The sensor uses 4-in-1 quad pixel tech – a pixel binning tech to produce superior 12-megapixel shots. Supporting the main camera is a 2-megapixel macro camera, which can get 2.5x closer to an object, and an LED flash support.

Moto E7 cameras support a range of features including Night Vision, Portrait Mode, Panorama Mode, and in-built is the famous Google Lens. The phone can shoot videos in both HD and Full-HD recording at 30fps.

Design-wise, the new device arrives with a plastic back, and there is that familiar design for Motorola E-series handsets. As expected, the Motorola iconic logo still holds the fingerprint scanner.

It also comes with a dedicated Google Assistant button, there is the volume up/down buttons and the power button too. The Moto E7 comes in Aqua Blue, Mineral Gray, and Satin Coral color options.

The Motorola Moto E7 is powered by a 2GHz Octa-Core MediaTek Helio G25 processor, which is also available for Redmi 9A with IMG PowerVR GE8320 GPU. It is fueled by a 4000mAh battery with 10W fast charging via USB Type-C.

You can find the device in a single storage variant right now, it is available in 2GB LPDDR4x RAM, 32GB (eMMC 5.1) storage, and you can expand it up to 512GB through a dedicated microSD card slot.

Motorola’s Moto E7 will roll out in some selected European countries starting from €119.99 ($142). Meanwhile, it will arrive in Latin America, the Middle East, and Asia in the coming weeks.