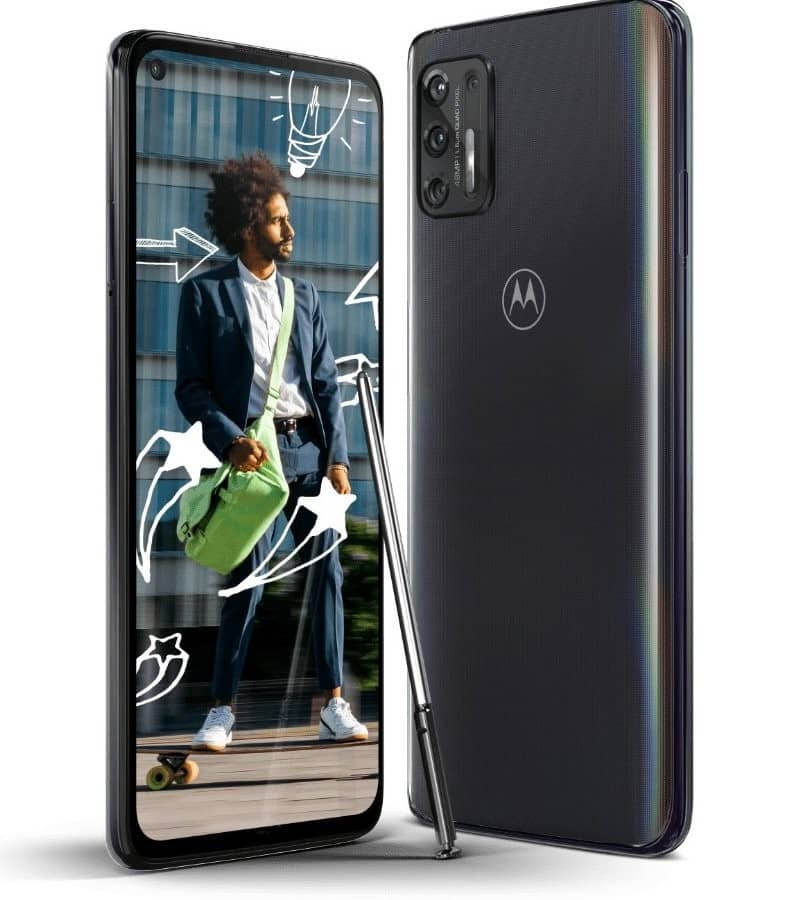 Motorola unveils a list of promising Android-powered Smartphones, there is the Moto One 5G Ace, which the company claims is its most affordable 5G phone for North America at $399 and will be available from January 14 in the US.

The Moto One 5G Ace comes with a 6.7-inch FHD+ LCD display, 1080 pixels resolution, and comes in a single silver colorway. Around the back is the company’s trademark Moto dimple that also doubles as a fingerprint sensor scanner.

It is IP52 rated, weighs 212grams, and arrives with a centered punch-hole that houses a 16-megapixels selfie camera sensor. Around the back is a triple rear camera setup, where the 48-megapixels sensor is the primary lens.

While the 8-megapixels ultra-wide module and another 2-megapixels macro sensor add to the lists of supporters. It comes with an LED flash. It is powered by Qualcomm Snapdragon 750G chipset with an integrated Snapdragon X52 5G modem for sub-6GHz 5G connectivity.

On the memory options, you will get 4GB RAM + 64GB and 6GB RAM + 128GB storage, and you can expand any of the memory up to 1TB via microSD. The Motorola one 5G Ace is quite identical to the Moto G 5G that was launched in India recently.

In the US, Motorola also introduced the 2021 Moto G Stylus, Moto G Power, and Moto G Play handsets. These phones are quite affordable, and they all focus on big batteries and bigger screens.

Motorola is offering these phones at a cheaper price, tho the Moto One 5G Ace takes the crown as Motorola’s cheapest 5G phone yet. While the Moto G Stylus will cost $299.99 and the Moto G Play is asking for $169.99.

While the Moto G Play arrives with an f/2.0 13-megapixels rear camera with LED flash, 2-megapixels depth sensor with 1.75μm pixel size, and f/2.4 aperture. While the front carries a 5-megapixels selfie shooter with f/2.2 aperture.

On the other hand, there is the Moto G Stylus that arrives with the biggest display on a G-series yet, a 6.8-inch Full HD+ LCD 20:9 aspect ratio display with 1080 pixels, side-mounted fingerprint sensor, and 16-megapixels selfie cam.

As the name implies, there is a “push-pen” stylus, which has a clicky top that helps you pull it out of its sheath inside the phone. The stylus can also be used to sketch something or to highlight text and quickly copy it to another app.

Inside the phone is a moderate 4,000mAh capacity with standard 10W for charging through USB Type-C. You can order the device through Amazon US from the 14th of January in Aurora White and Aurora Black color options.