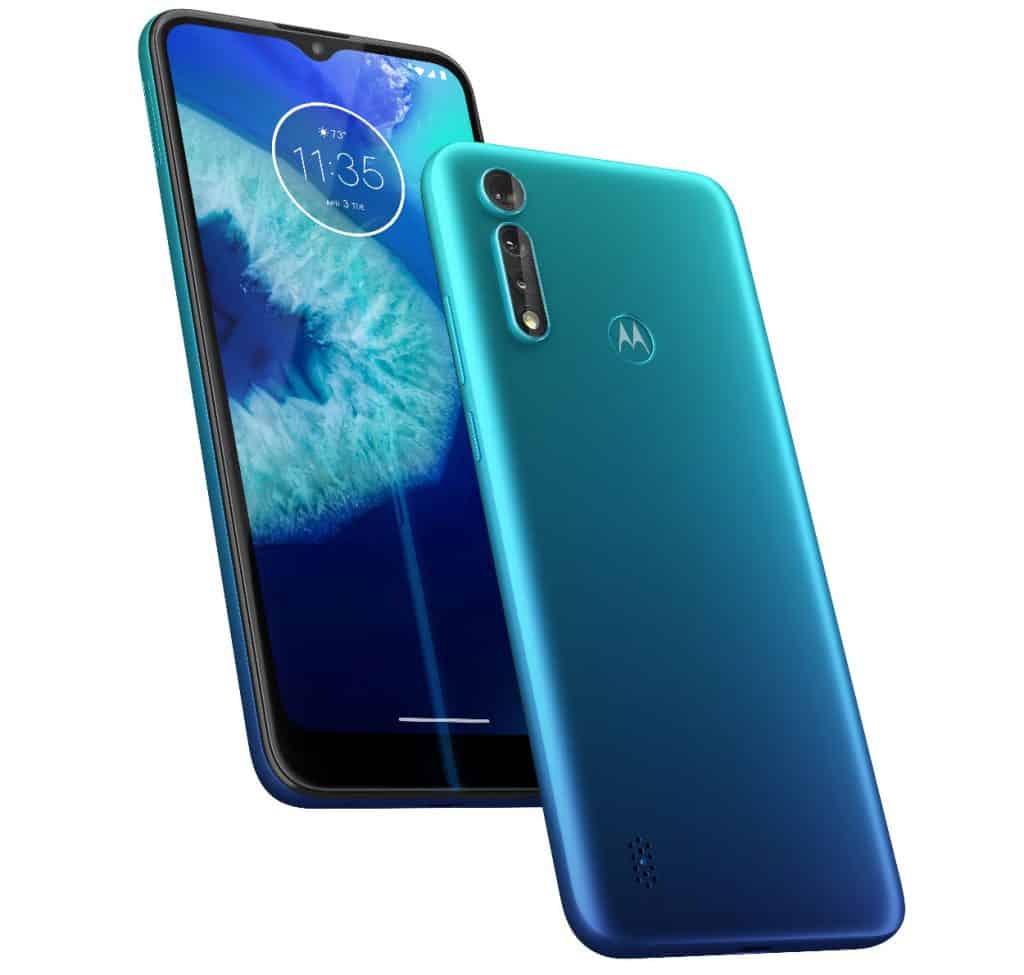 However, the Moto G8 Power Lite is the company’s latest smartphone in the G8 series. It packs a gradient plastic back design and a rear-mounted fingerprint sensor scanner.

The Moto G8 Power Lite is much like a stripped version of the previously released Moto G8 Power. It is available in a single variant, and in two color options.

It packs a rear-mounted fingerprint sensor scanner, runs on Android 9 Pie out of the box, and features a splash resistant. The bezels around the screen are quite smaller and minimal.

Under the hood, it is powered by the 2.3GHz MediaTek Helio P35 SoC paired with ARM Cortex A53 CPU and IMG PowerVR GE8320 GPU. It features a Dual SIM mode, that allows SIM and microSD card slot.

You can find the phone in a single 4GB of RAM, with 64GB of internal storage, which is expandable up to 256GB via microSD card slot. Allowing you to save more files such as music, photo, movies, and apps.

In order to keep the phone on, it packs a 5000mAh battery, with 10W charging support, which powers via a micro USB. It costs €169 ($183) and will be available in Europe, Latin America, and Asia next week.