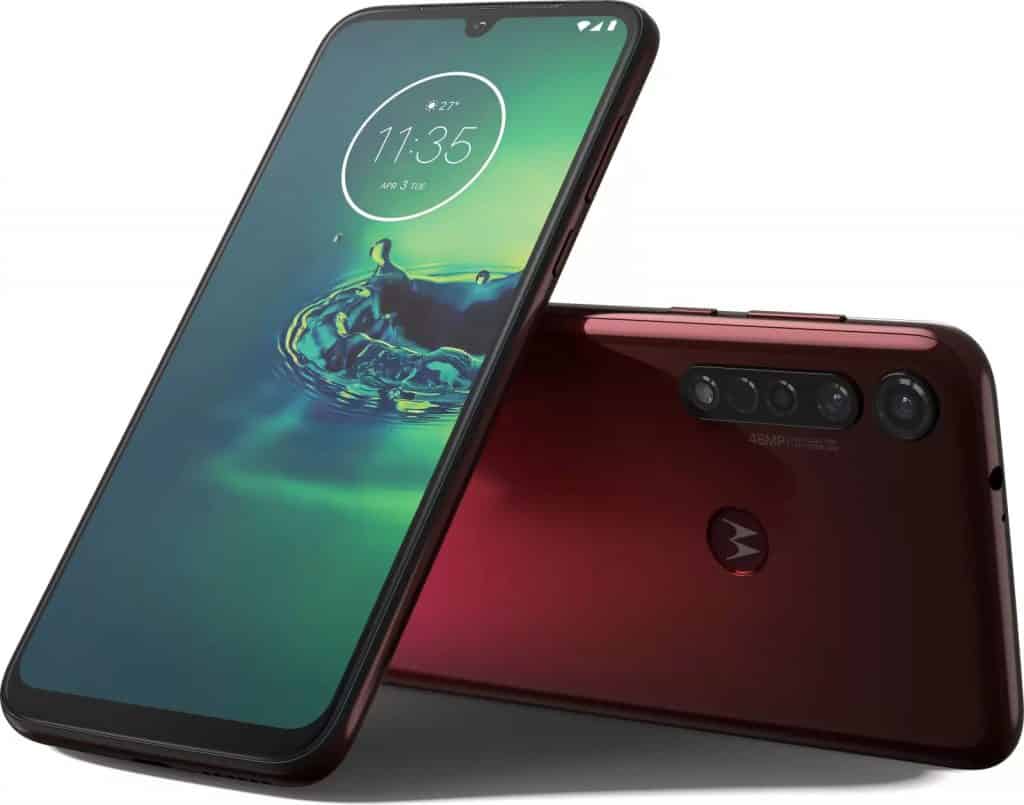 Moto G8 Plus has been announced in India with a 6.3-inch FHD+ waterdrop-notch display, triple rear cameras, 25-megapixels front camera, dedicated action camera, and it is powered by a Snapdragon 665 with 4GB of RAM.

The new mobile phone was officially announced after series of rumors, and it is the company’s latest Smartphone in its new mid-range G8 series.

While the major resemblance of the Moto G8 Plus is the Motorola One Action, which is the camera features, 48-megapixel main camera and a dedicated 16-megapixel action camera. 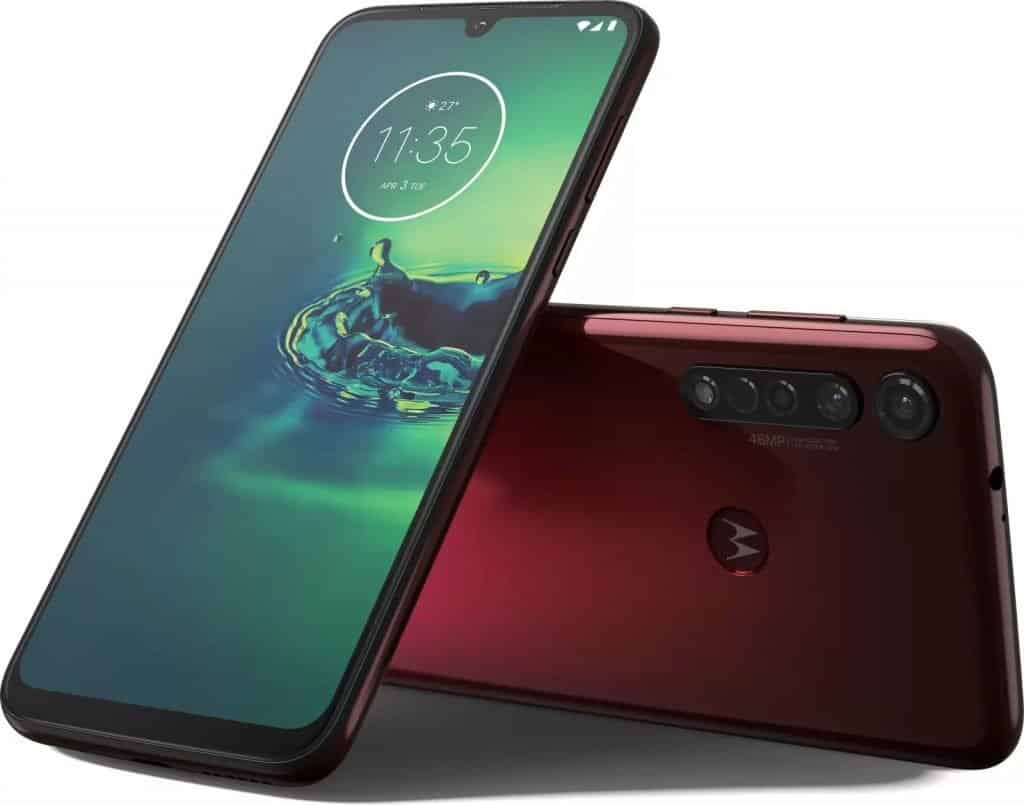 The Moto G8 Plus arrives with a plastic back, splash resistant body in Cosmic Blue & Crystal Pink colors options with a fingerprint sensor scanner mounted at the back panel of the phone.

However, the camera features of the Moto G8 Plus includes: dedicated night mode, spot colour, up to 4K video capture at 30fps, and 1080p slo-mo videos at up to 120fps.

The new phone is powered by an Octa-core Qualcomm Snapdragon 665 SoC clocked at 2.0GHz, coupled with Adreno 610 GPU. It runs on stock Android 9 (Pie), which is upgradable to Android 10 and guaranteed security patches for 2 years.

Available in a single variant, which is the 4GB of LPDDR4 RAM and 64GB of internal storage, which can be expanded up to 512GB via a microSD card. Arrives with Dual stereo speakers with Dolby audio.

There is a generous 4000mAh battery capacity that promises 40 hours of battery life on a single charge. Inside the phone box is a 15W TurboPower ultra-fast charging, which the company said, 8hours of power in just 15 minutes.

Anyways, the phone costs Rs. 13,999 ($197) in India and can be purchased via Flipkart from the end of October. Motorola also launched the Moto G8 Play and Moto E6 Play and the Moto G8 Plus in Brazil.