Everybody wants a Rugged Smartphone in his / her house and keep the other one perfectly fine. Those that has a strong job where they might get exposed to sunlight, mud, water and other minor / major environmental hazardous exposure, a military rugged smartphone with waterproof would be advisable.

Well, it is advisable in virtually all aspect, the need of holding it and working under pressure without the fear of having a phone fault at the end of the day and also on the pricing aspect, having one of those fancy Smartphone might ruin your budget by getting screen cracked unexpectedly, shorting your budget for a good durable phone, whereby, rugged military smartphones aren’t that costly.

When working under pressure, there is every tendency that your equipment including your phone to slip through your hand, pocket crashing down the hard ground or inside water and having those fancy phone, you may guess the outcome but with a rugged military smartphone equipped with resistant screen, rated the highest possible IP68 for water and dust protection, you are invariably saving some cash.

Most of the companies producing and launching the rugged military smartphones are mainly specialized in producing industrial heavy equipment, for instance, Caterpillar with their latest CAT S60.

A rugged smartphone is also a smart choice to use as a second phone when traveling. This smartphone models before the launch has already met with the complete standard military testing for protection against shock, water, dust, extreme temperatures, and vibration.

And as aforementioned, they all arrived with water-resistant and can withstand submersion in shallow water for a limited time. Below are the top 10 rugged smartphone that has meant with the military testing standard and their prices too.

Note: Rugged smartphone are also meant to be used with caution as glass screens can crack.

Yes, this is Samsung Mobile product, many didn’t know that Samsung also produces high level weapons for war, popularly known as war weaponry. And they are not forgetting to bring a good rugged smartphone for almost the same purpose too. The Samsung Galaxy S8 Active is one hell of a rugged military smartphone. You can dip the phone into a bowel of water for few minutes and it works perfectly too. 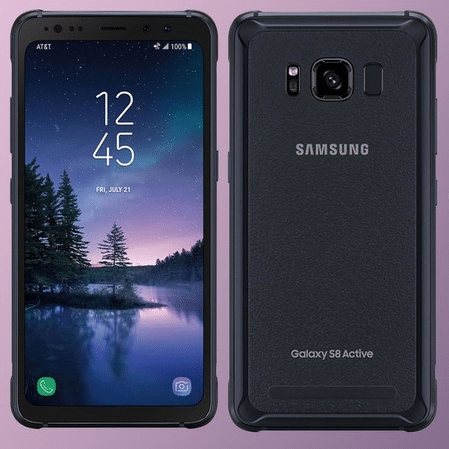 Oh oh, the Galaxy S8 Active also feature Li-Po 4000 mAh which is a non-removable battery that can last for over a day and it also features a 5.8 inches AMOLED display with 1440 x 2960 px resolution. The AMOLED technology is widely used for smartphones because of their gorgeous color reproduction abilities and very deep blacks. Runs on Android Nougat.

The S8 Active features a shatter-resistant layer of protection though, along with Corning Gorilla Glass 5, this is making it more Armored and protected than the regular version. There is also 12MP rear, 8MP front and a 4K video recording from rear, fast and wireless charging is also supported.

One of the most trusted rugged military waterproof device out there is the CAT S60. It sells on market fast. The CAT S60 has undergone series of test and can’t been found wanting on any side. It comes with Shareable clear thermal imagery, video, and even time lapse footage and talk-time of upto 30 hours.

The S60 Features a Glove and wet-finger compatible Corning Gorilla glass 4 touchscreen. Can also take underwater photographs and video, surviving Depths of up to 5 meters for 60 minutes and a drop-proof to 1.8M and reinforced with a strengthened die cast frame, the cat S60 exceeds even military specifications. 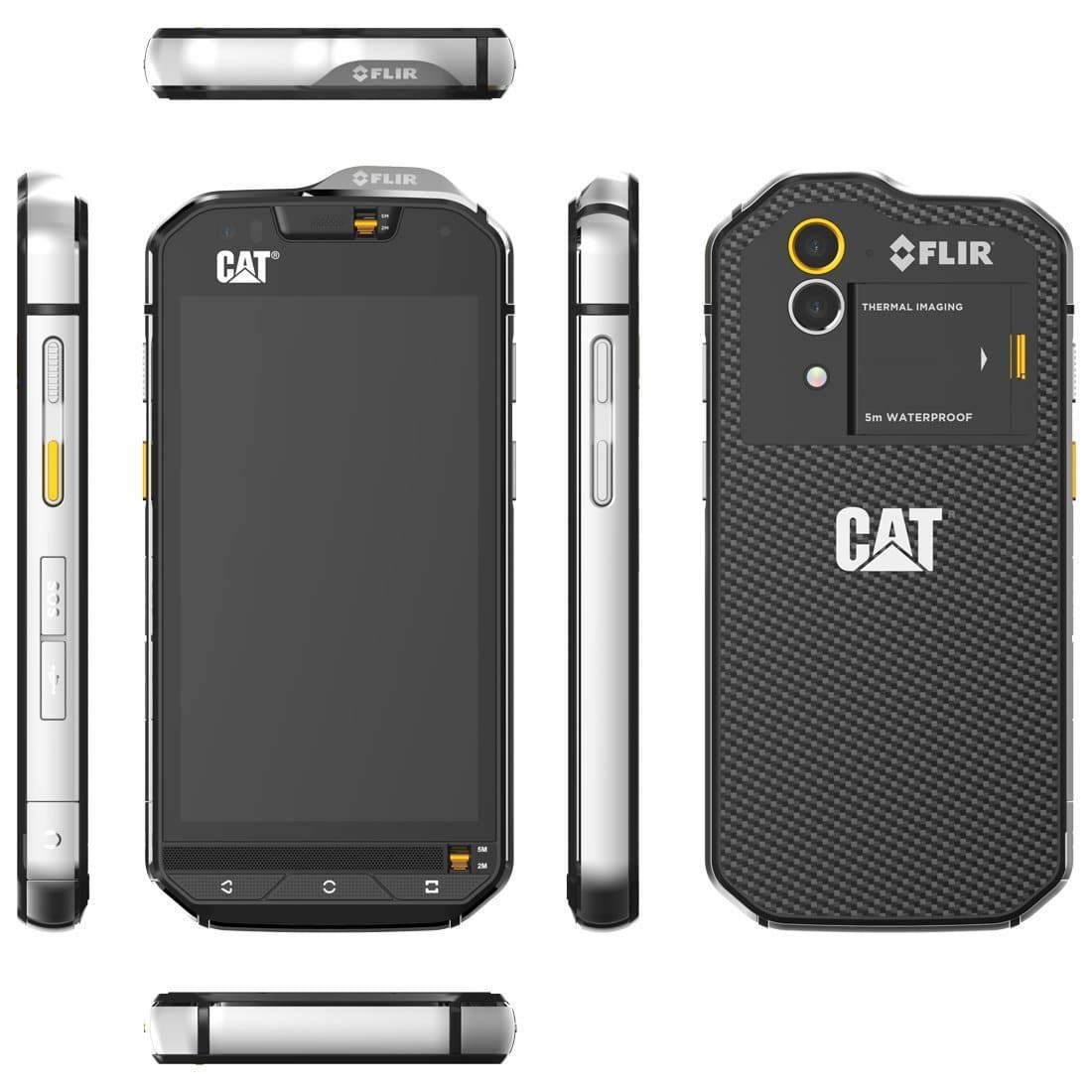 With a finishing test to the physical beauty, there have the 32 GB Internal memory; 13 MP Autofocus rear Camera with 5 MP front Camera and video capabilities up to 30fps and 1080P.

Am 95% sure, you aren’t looking for a fancy phone with some overwhelming design that won’t fit into your lifestyle but this is the Oukitel K10000 Max Smartphone with 4G, 5.5 inches, 10000mAh Super Large Capacity Battery, IP68 Waterproof and Dustproof with a rugged design, protecting it from sun, water, mud even when exposed. 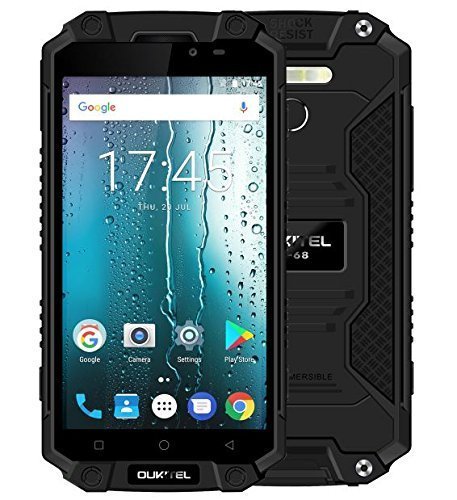 And it runs onAndroid 7.0,= with a processor of Octa Core 1.5GHz and a high RAM of 3GB to contain your multitasking and also attached to it is a 32GB ROM with expandable microSD card to save more of photos, musics, app, movies and there is also 16MP Camera to take exclusive pictures plus OTG.

Another rugged smartphone with military standard is the CAT S41 from big industrial manufacturers. Where it passes the test of dust to transport shock, high or low temperatures, solar radiation, etc It comes with powerful 5000 mAh non-removable Lithium Ion battery provides up to 44 days standby time and 38 hours of 3G Talk time.

No one needs to inform you that, this is a rugged Waterproof Smartphone. It is IP68 certified waterproof up to 2 meters (6.5 feet) for 60 mins; military standard 810G shock and drop proof up to 1.8 meters (6 feet); scratch-resistant Corning Gorilla glass 5 screen. 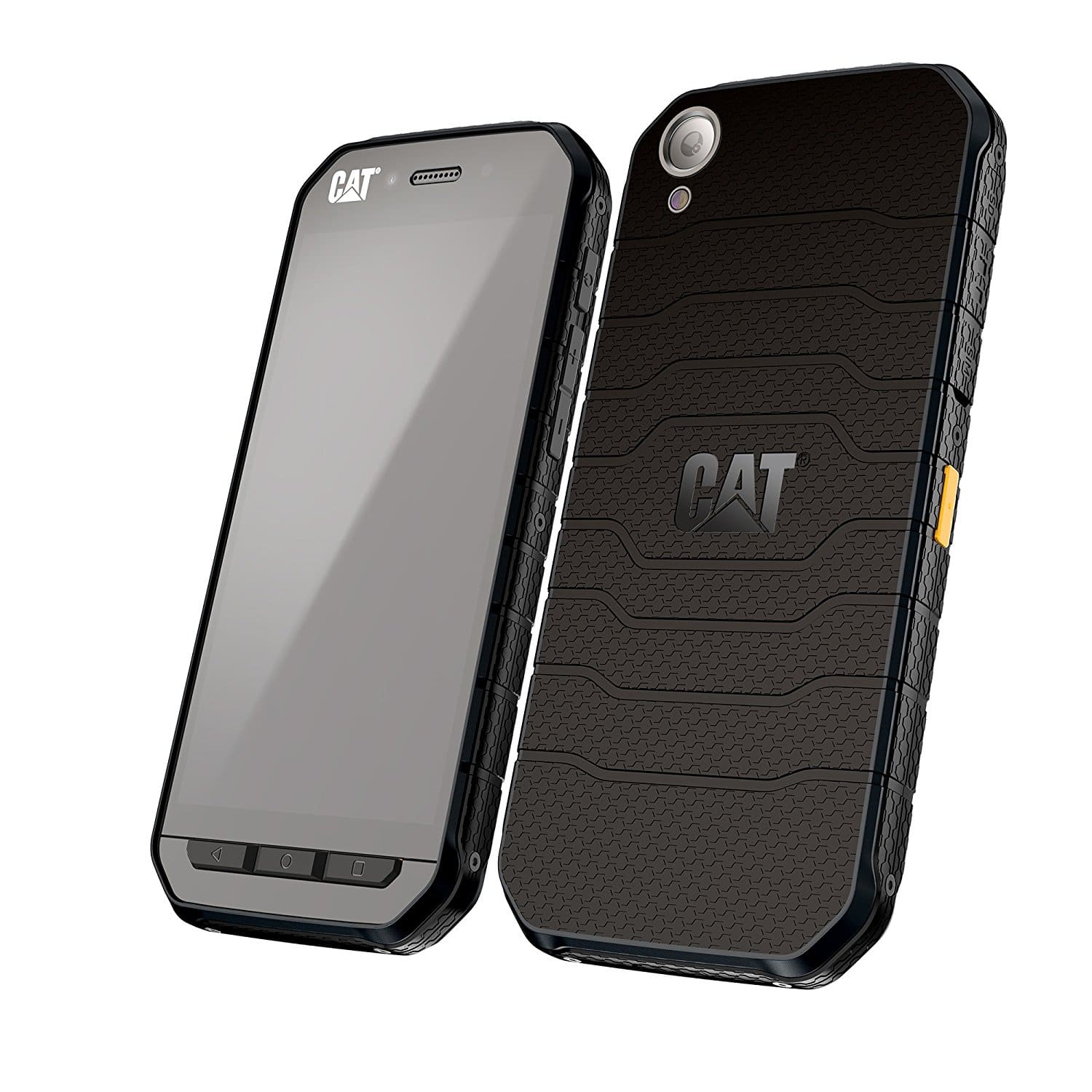 It comes with a 5” full HD 1980×1080 display can be read in direct sunlight and used when wet or with gloved hands
13MP Autofocus rear Camera and 8MP fixed focus front Camera, with 1080P video capture at 30fps and there is the 32GB Internal storage, expandable with Micro SD up to 2Tb.

There is the stylish elegant rugged military standard smartphone with impressive designs that comes in style to fit your work line and save you some cash for other budget. This is a 5.0 Inch screen size phone with corning gorilla glasse FHD (Sharp) screen and Fast Charging and IP68 Waterproof / Shockproof / Dustproof Fingerprint Smartphone, NFC, OTG, GPS. 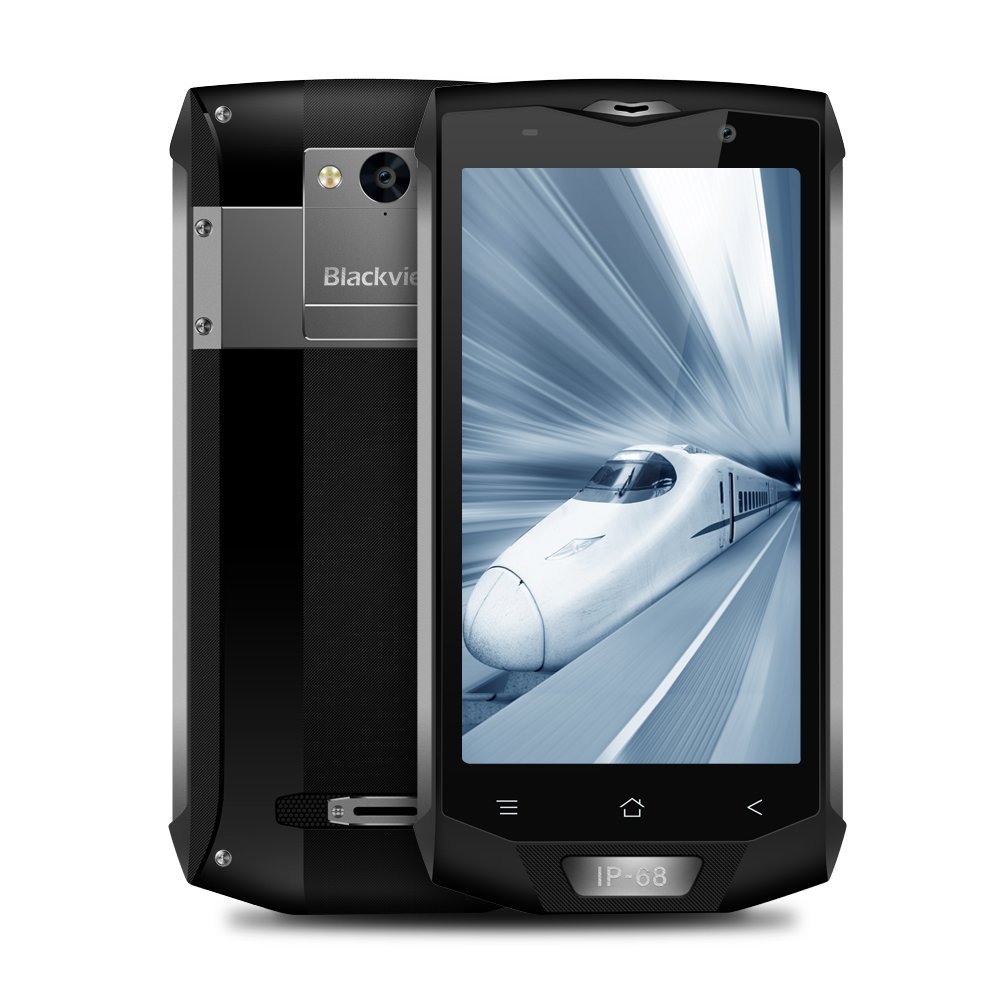 The BV8000 Pro does not have a sealed charging port. Although the port is waterproof, it needs to be completely dried out before charging otherwise damage can occur. The BV8000 Pro also has a slightly inferior CPU and the exterior appears to be less rugged. It also supports 2 Nano SIM card and 1 SD card, it is available to all kinds of network: 4G LTE/TDD/CDMA, 3G WCDMA/TDSCDMA, 2G GSM.

Another standard military rugged smartphone is the MFOX A10 Pro which is so close to perfection with its IP68, 6 Inch Display, Octa Core 1.7GHz CPU, 3GB RAM, MIL-STD-810G , 4G, NFC, you own a machinery that can’t get damaged under the influence of any environmental hazard. 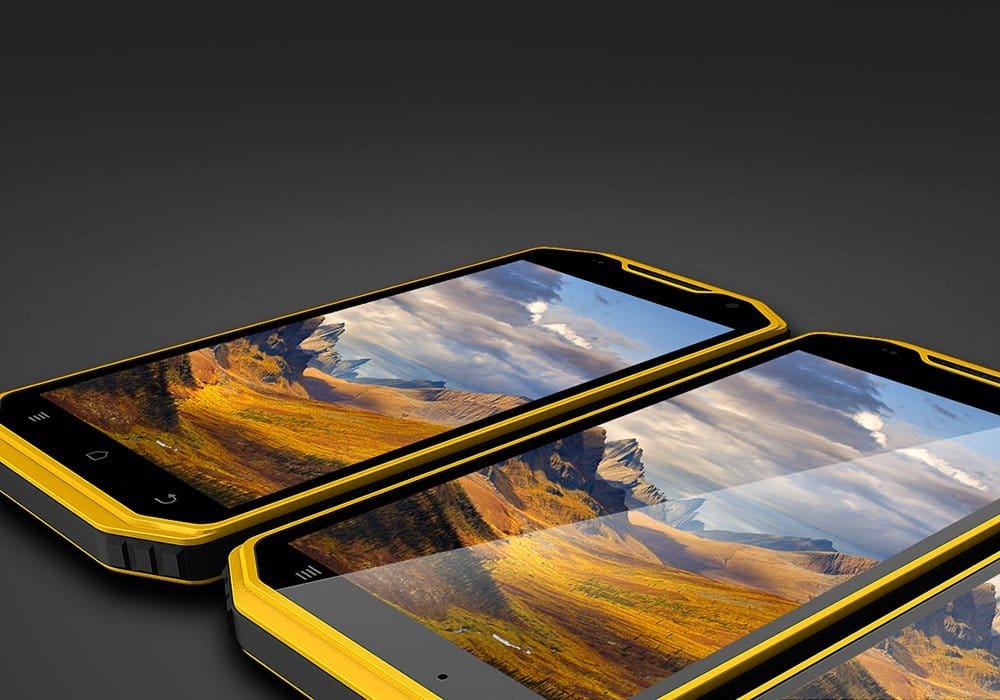 So come rain, sun, mud, fire, you being protected with its standard IP68 WaterProof and DustProof. With a 3GB of RAM, you can launch various apps without having any slow activity and there is the 4G for fast connection, so you have both a rugged smartphone and a real phone specs combined together, giving you a finishing touch.

Another is the Samsung Galaxy S7 Active that features some cool specs. The combinations of rugged specs makes the phone a wonder phone. You have a Shatter, Dust and Water Resistant Smartphone that can resist whatsoever struggle or test it goes through. It is near indestructible. 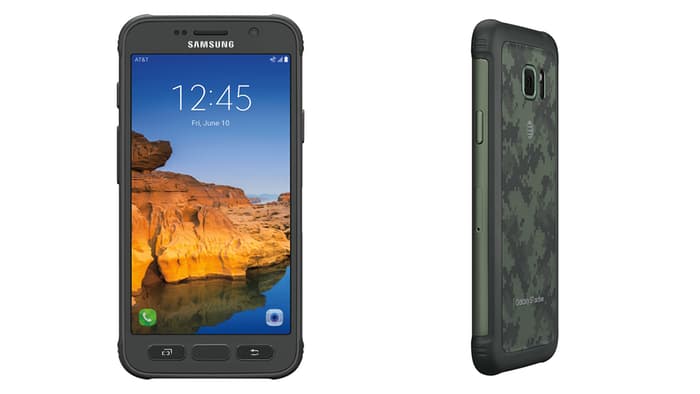 The Galaxy S7 Active also comes with a 5MP front camera and super clear 12MP back Camera, you also have the 5.1 inch Super AMOLED capacitive touchscreen (1440×2560) pixels. Fingerprint (front-mounted) sensor. It comes with an inbuilt 32GB memory which is expandable via microsd card up to 200GB.

Taking a bullet for you is what we can’t guarantee you but be assured that the JESY J9S with its Shockproof Dustproof IP68 + IP69K Waterproof, it is damn sure of going the fire, water, dust with you and comes back looking more flashy than ever. 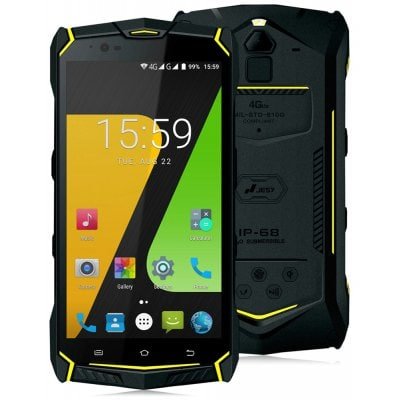 And also, the JESY J9S features other normal smartphone specs, it is a 4G Phablet with 5.5 inch 1920 x 1080 Pixel screen with Corning Gorilla Glass which can undergo screen protection. There is the 4GB RAM for multitasking, a 64GB ROM, 16.0MP Rear Camera runs on Android 7.0 with the Fingerprint sensor and huge 6150mAh battery capacity and Wireless Charging. You have all its takes to keep the struggle going on.

With the powerful 4000 mAh non-removable Lithium Ion battery on the CAT S31 and military standard 810G shock and drop proof up to 1.8 meters (6 feet); scratch-resistant Corning Gorilla glass 3 screen, the CAT S31 has all it takes to go through the tunnel without having any form of damage. 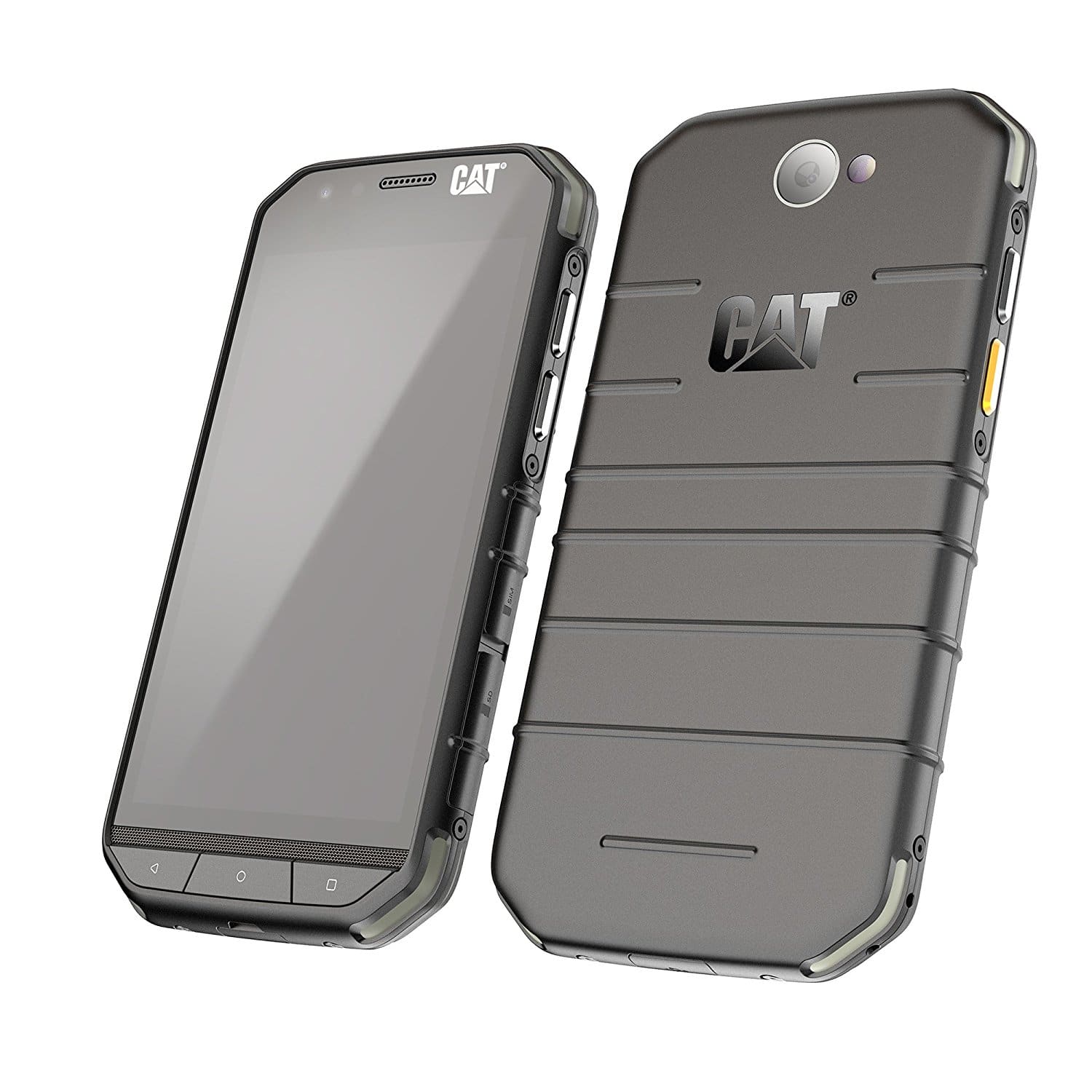 Imagining having a 38 days standby time and 15 hours of 3G Talk time on a rugged smartphone? The both world are joined peacefully to a little monster phone. Comes with a 4.7” HD 720 x 1280 display can be read in direct sunlight and used when wet or with gloved hands, 8MP Autofocus rear Camera and 2MP front camera, 6GB Internal storage expandable via MicroSD up to 128GB. 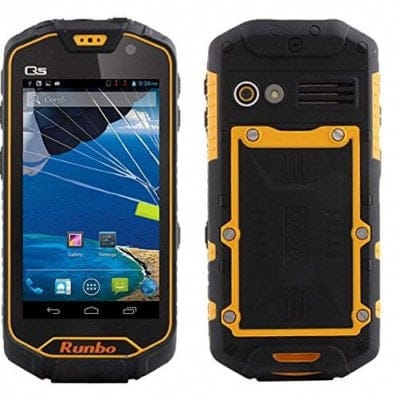 More Smartphones would be added as month, year goes by.

The most popular materials for the frame of tough smartphone are: rubber, shock-proof plastic and their combinations, rarely used metal. There also must be end-caps for plugs. To protect the screen the special glass is used, the most popular is the Gorilla Glass from the Corning company and Dragontrail from Asahi.