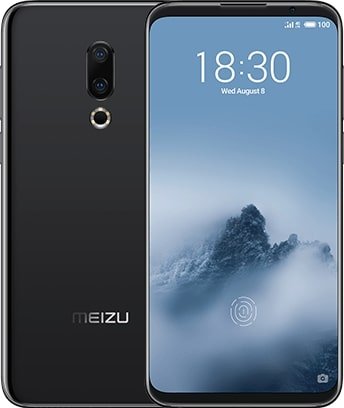 At an event, Meizu launches superior Smartphones with impressive and amazing specifications. This is the Meizu 16th with 8GB RAM, and with the latest Snapdragon 845 SoC.

Looking for a mid-range flagship mobile phone, then the Meizu 16th or Meizu M16th should be number one on your list. It arrives with spectacular specifications and features.

Before the new series of Meizu mobile phones, the notch-less V8 and V8 Pro were the company latest device. The Meizu M16th, Meizu C9, and Meizu M6T were officially launched in India.

From all point of view, Meizu isn’t familiar with notched display. Although, they have introduced the design on the Meizu X8 and of course, it was their first phone with notch display.

The Meizu M16th arrives with 3D glass body design, and elegant color combination of mountain white and night black options. And it boasts of 89.57% screen-to-body ratio.

At the top of the device is the 7 mm top bezel which only accommodates a hidden receiver, super-linear speaker, 20 MP camera, and multiple custom split sensors.

The phone also supports in-screen fingerprint recognition, which unlocks the phone in milliseconds. The Meizu 16th is actually a new name for the Meizu 16 China. The Super mBack gesture control isn’t left behind!

The Meizu 16th is a flagship Smartphone, but it arrives with a dual camera setup at the back, which consists of 12-megapixels + 20-megapixels rear camera.

Dual cameras at the back is extensively supported by the standard Sony’s IMX380 on 12MP with an aperture of ƒ/1.8 and 1.55μm. While the 20MP with IMX350 and support bokeh and 3 × lossless zoom.

Meanwhile at the front, the phone consists of a massive 20-megapixels with optical design and ƒ/2.0.. Meizu claims that the M16th 20MP is the smallest 20-megapixel camera in the world.

The Meizu M16th is powered by a 10 nm FinFet low-power process of Qualcomm Snapdragon 845 chipset, which is clocked at 2.8GHz Octa-core processor.

Currently, the Meizu 16th is the High-performance chipset for mobile platform. And it comes with GPU of Adreno 630 graphic processor for your intensive games.

And it is available in three different variants, there is the 6GB RAM + 64GB internal storage, and 8GB RAM and 128 GB storage. It runs on Flyme 7 OS on top of Android 8.0 Oreo OS.

The handset is fueled by a 3010mAh battery capacity, with support for mCharge fast charging. And it arrives with Water cooling for heat dissipation.