Chinese company, Meizu has launched four new Android Smartphones and it includes their 2018 mid-range product with high-end screen fingerprint sensor scanner, the Meizu 16X. This is their latest device and it can be pre-ordered today.

The Meizu 16X Smartphone packs slimmer bezels on the top and bottom, realistic screen display, high-end and in-depth color contrast. The Chinese latest phone might entice you a little bit. 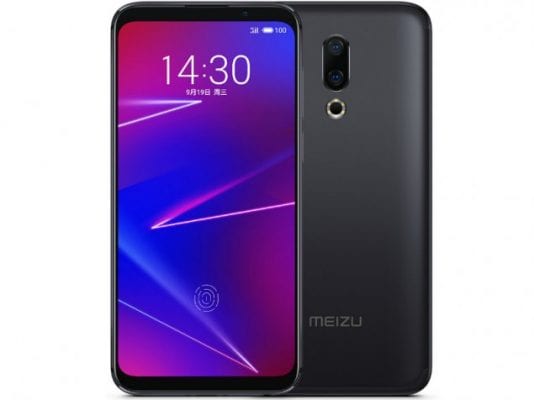 The Meizu 16X arrives with an 6-inch AMOLED screen display with screen resolution of 2160 × 1080 pixel, with 402ppi pixel density. And boasts of 90.62% screen to body ratio. The screen and security are enhanced with in-screen fingerprint sensor up front, with 0.25s recognition speed and 99.12% recognition rate.

Comes with a metal body in a smooth and impeccable design, this provides a more sophisticated feeling when holding the phone. And it is available in two colors options, Jet Black, Noble Gold, and a specially made version, Ru White. The special white Ru white, comes in a ceramic metal finish.

The U shaped antenna bands are missing on the Ru white color options but you’ll find it on the black and gold versions. Why the Ru white is missing out on the antenna bands, it is all due to the clean finish design. Wait, Meizu 16 and 16 Plus both got a new paint job – Aurora Blue.

The cameras are attractive, although as a mid-range device, don’t get your hope too high. Although, there is the dual camera setup on the back, which consists of 12megapixels IMX380 + 20-megapixels IMX350, enhanced with 1.55um large pixels, HDR, OIS and AI.

The rear camera arrives with the new SD710, and the upgraded Spectra 250 ISP that will deliver better results than 160 on the SD660. The 12-megapixel sensor comes with wide-angle lens, f/1.8 aperture, four-axis OIS, PDAF, and laser auto-focus, while the secondary 20-megapixel telephoto sensor with f/2.6 aperture.

The rear cameras are supported by a six-LED ring LED flash. While at the front, it features a powerful 20-megapixels camera lens with f/2.0 aperture, and AI face unlock support.

Coming down to the processor performance, the phone runs on the new Qualcomm Snapdragon 710 chipset with a dual processor of 2.2GHz Kryo 360 + hexa 1.7GHz Kryo 360 CPUs. The new chipset is powerful as well as power efficient thanks to its new 10nm manufacturing technology. And there is the Adreno 616 GPU processor for graphic performance.

For multitasking, the phone features a 6GB of RAM, and an internal storage options of 64GB and 128GB. The Smartphone runs on Android 8.1 Oreo based on Flyme OS and support dual SIM, for easy swapping of SIMs.

Everything is powered by a 3100mAh battery capacity, it isn’t large but the company claims that the battery is good enough for 5.8 hours of continuous intense game play. 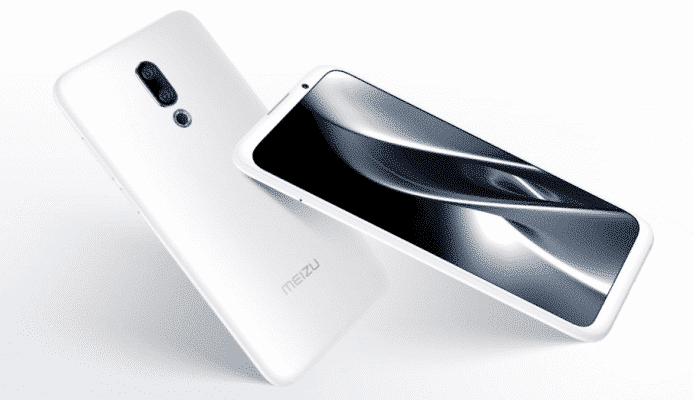 The phone will first be available from Meizu’s official store on September 26 at 10:00 AM. From October 10, you can purchase the device from all major retailers like JD.com, Tmall, and Suning Tesco.