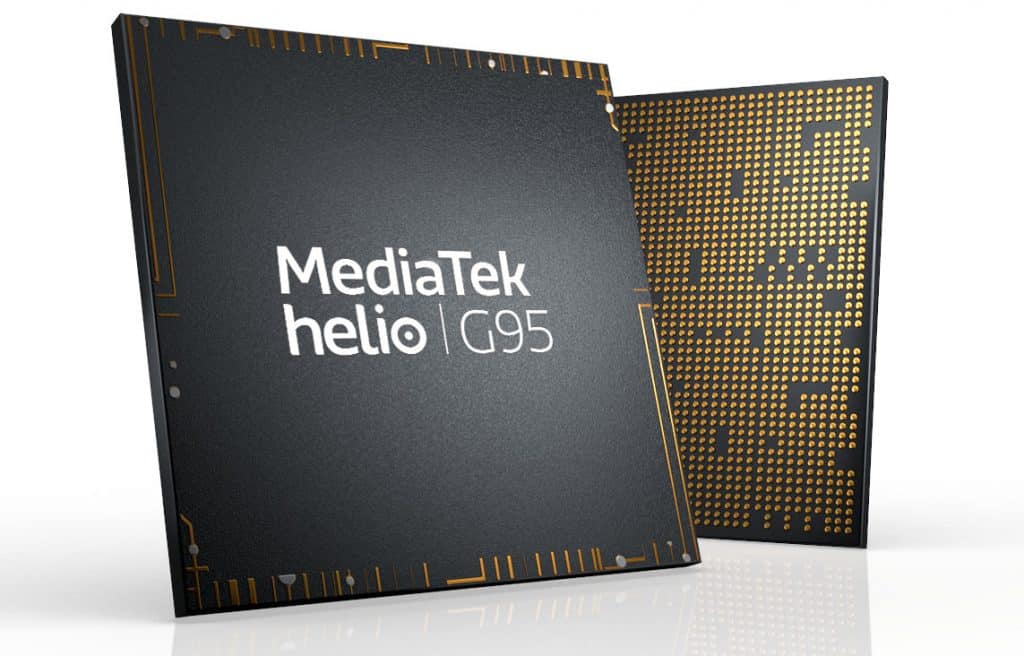 MediaTek Helio G95 announced as the official successor to its G90 and G90T that was released a year ago in its G-series. It comes with virtually every specifications on the Helio G90T, but the Helio G95 boast of 5% better GPU performance.

The newly released Helio G95 is not just the company’s latest mid-range SoC but also the top premium for its G-lineup Gaming-centric processor. The MediaTek Helio G95 will power the Realme 7 series as the first of many to come.

Identical to the Helio G90T, it comes with the same dual ARM Cortex-A76 CPUs operating up to 2.05GHz along with six Cortex-A55 power-efficient CPUs, and fabricated on TSMC’s 12nm process.

However, MediaTek used ARM Mali-G76 MC4 with up to 900 MHz on its new Helio G95, which offers an 8% better GPU score in Manhattan 3.0 Benchmark and 5% increase in AnTuTu CPU benchmark score.

It comes with up to 10GB LPDDR4x RAM while storage taps out at UFS 2.1 speeds. Yea, it features the MediaTek HyperEngine game technology for networking, rapid response, picture quality, and resource management engines for seamless gameplay and highly responsive user experience.

There is an option to defer calls while in-game without a drop in connection and ensures intelligent and dynamic management of the CPU, GPU, and memory. When the Wi-Fi signal is weak, the technology intelligently triggers Wi-Fi & LTE concurrency.

It features FHD+ 90fps displays and comes with support for video qualities ranging from 360p to 720p HD resolution in real-time, reducing the network bandwidth by up to 75% without any perceptible difference in quality.