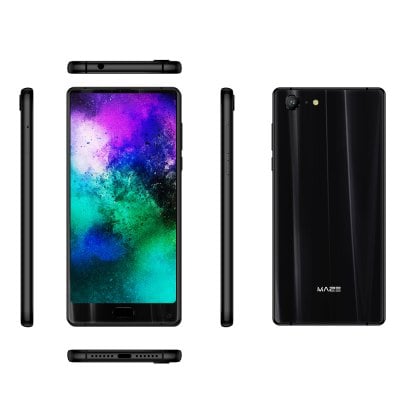 The Maze Alpha X with 6GB of RAM is a smooth Android Smartphone that is basically meant for playing intense games. The phone arrives with an upgraded specs and features of the Maze Alpha!

When comparing the Alpha and Alpha X, the successor comes with a slight bezels on the bottom, unlike the Alpha with huge bezels, although, there is still the front selfie camera pixels with physical home button, which houses the fingerprint sensor scanner!

Where to buy and How Much is the Maze Alpha X

The Maze Alpha X is one of the best Smartphones to be categorized around the $169.99 price, that is under N65K. Meanwhile, you can also get it at the best price at any online or offline stores, such as Gearbest. 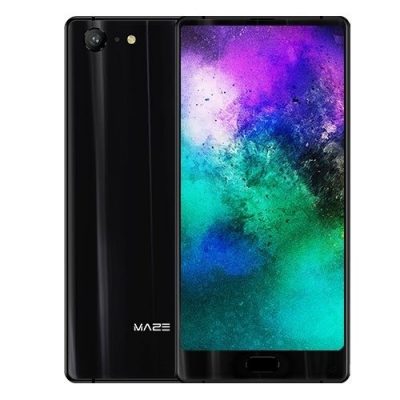 The Maze Alpha X comes with a 6.0-inch FHD Screen and a high screen resolution of 2160 x 1080 pixels. The screen comes in a 18:9 aspect ratio screen, this allows you to see more bigger in smaller package. The Alpha X might not be an everyday phone you see regularly, as the company still featured the home button on the front!

The screen was made by LG and yep, it is bezel-less display, offering a 89.6% screen-to-body ratio! But instead of the OLED display, the Alpha X comes with LCD IPS, which is not bad and it is more brighter also with a 403 PPI. LG are the biggest competitor for producing OLED display against Samsung mobile!

Maze wanted the fingerprint sensor at the front but instead of opt-in for the in-display fingerprint sensor scanner, they decided to keep the physical home button in the large bezels at the bottom, which also features the selfie camera, as the top bar, is completely filled with screen!

The front display is protected by a Corning Gorilla Glass 5 on Screen while at the back, there is the Corning Gorilla Glass 4. The screen on the phone allows you to see bigger and brighter. Comes with 156.4 x 74.6 x 8.1 mm dimension and weighs 209.9g! The phone is only available in a dazzling black color.

The Maze Alpha X features a 8mega-pixels front selfie shooter with Sony IMX219 Sensor. The front camera was placed at the bottom bezels of the phone alongside the home button! The 8MP front selfie camera comes handy for such spec of phone

While on the back, it packs a 16mega-pixels with Sony IMX258 sensor. So expect a cleaner shot on the Alpha X! The camera support auto-focus, 2x optical zooming and photo-balancing. No talk on aperture.

The Alpha X features a powerful processor. The phone is powered by a MediaTek MTK6757 Helio P25 running on 2.5GHz Octa-core processor with a ARM Mali-T880 MP2 900MHz GPU along with 6GB of RAM, the Maze Alpha X has the capability to play intense games and also switch in-between apps without sending any crash reports.

The Alpha X is available in two variants, 64GB and 128GB internal storage but both support Micro SD card slot up to 256GB, which gives you an extra storage option for your apps, games, movies, musics and photos.

The power house of the Alpha X is kind of surprising, Smartphones drains a huge amount battery capacity, thereby, cutting the life battery expectation of the device. But with a 3900mAh battery capacity, you can still hold on for a longer time!

There is no fast charging technology, no facial recognition that allows you to unlock your phone in a smarter way. But the phone comes with a Fingerprint sensor scanner mounted at the front home button. The phone meets affordability with a super fast performance!