During the Apple’s 2018 October event, the company did not only launch its first all-screen tablets, which is the iPad Pro 2018. But they did unveiled the Macbook Air 2018 with ultra-thin bezels also. Apple has been touting more about thinner bezels.

Like the recently launched iPad Pro 2018, the Macbook Air 2018 is also accepted for everyone. Although, the 2018 iPad Pros are much more closer in magnificent design and powerful performance as a laptop, it is a alternative to a computer.

Well, the new 2018 Macbook Air comes with a lot of new features, and it is much more updated than the previous generations. New specs includes high-resolution Retina display, USB-C, and Touch ID. And it bears much resemblance to the 13.3-inch MacBook Pro.

It is light-weighted at 2.75 pounds (1.24 kg), probably, that was why the name includes “Air”. Apple ditches the old Macbook True Tone for a full Retina Display. Bezels isn’t a new improvement around the world, but for Apple’s devices, including the Macbook Air, it is worth the time. 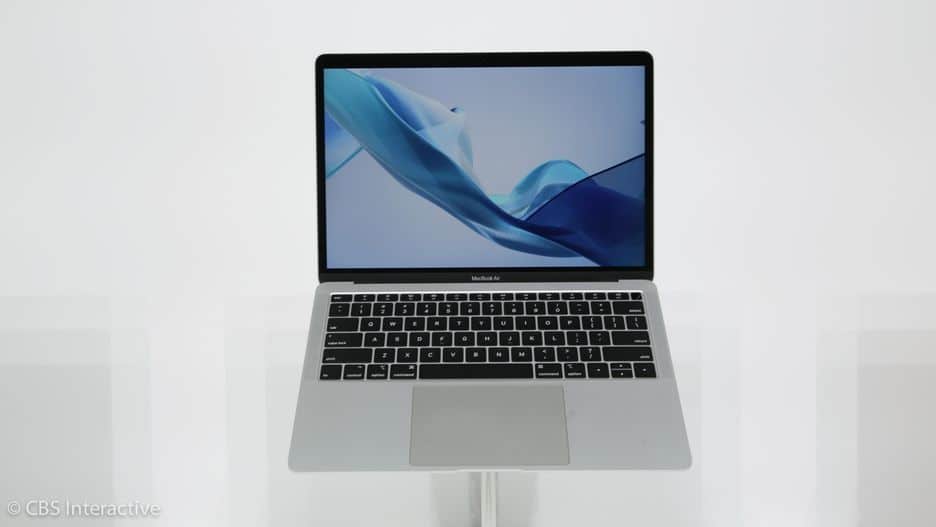 Macbook Air 2019 is portable, there is Apple’s 3rd generation backlit keyboard, which allows faster and quieter operation. It is also dust resistant, and the design hasn’t changed for a long time. You still got that polarizing design, but the company did a little advancements in the body build quality.

There is the lid that opens the touch pad, and they are calling it “Force Touch” Features two USB-C ports, Thunderbolt which support external displays up to 5K resolution and eGPUs for better graphics performance, and comes with a headphone jack.

Apple also added one of its T2 security chips for Touch ID and Siri support, and the most secure boot process of any notebook, Apple says. The T2 also features an SSD controller that has automatic, on-the-fly data encryption.

Apple Macbook Air 2018 comes with a 1.6GHz Core i5, 8GB of RAM, and a 128GB SSD. However, it can expanded up to 16GB of RAM and 1.5TB SSD, with Intel’s 8th Gen processors. The all-new MacBook Air will be available in Gold, Silver, and Space Gray color variants.

The bezels are black, and the whole thing is a glossy glass now. And the Macbook Air 2018 with 13.3-inch screen display, while the keyboard is dust-resistant. The MacBook Air last redesign in 2010, with the ultra-thin designs has increased the selling points.

MacBook Air is made from 100 percent recycled aluminum. The new hardware combination promises up to 12 hours of web browsing and up to 13 hours of iTunes movie playback, a 720p FaceTime HD camera on top of the display and a three-mic array for better voice recognition; and louder stereo speakers with more bass.

The cheapest Apple laptop with a Retina display is the Macbook Air 2018, and it costs $1,199 / N431,640 in Nigeria currency and it will be available starting from November 7th but pre-order begin today.