Technology is revolving and here we are today, having another innovation where you can view your Keyboard keys while typing in Virtual Reality Mode!

All thanks to Logitech and HTC Vive for bringing keyboards into VR! They both builds a new hardware and software package that tracks typing and replicates it in VR. 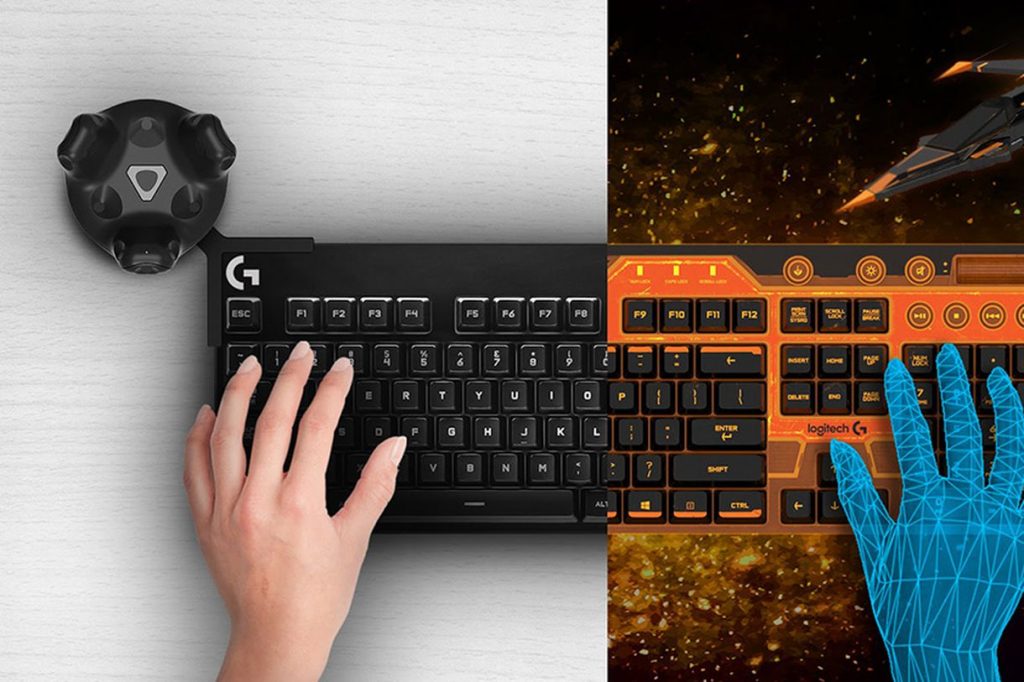 How Does it Works?

So, once you’ve hooked the tracker to the keyboard, Logitech software positions a 3D virtual keyboard model precisely over the real one.

While Logitech is only releasing 50 of these kits to start, it’s promising to see crossover tech that brings real-life gadgets into virtual reality.

Logitech’s system also lets developers overlay custom keyboard layouts, which means you could replace hotkeys or shortcuts with actual labeled buttons. It works with any game or app using the Vive’s SteamVR software.

It does two things at a time, match what keys you type and it measures your hand movements too, making it a lot easier to situate yourself.

The BRIDGE SDK enables users to customize their keyboards in VR, meaning you can remap all the functions based on context.

Logitech says that the 50 initial development kits will be offered free. It costs $150, in addition to a $99 tracker disk and the $599 HTC Vive. Are you interested? You can apply for the first 50 slots in the beta program until November 16th. To Apply, Click Here.