Neckbud (collar headphones) is really getting smarter all the way, and here is the LG Tone Platinum SE neckbuds. On the internet and market stores, there is a lot of neck buds from different company, but this might be the most advanced.

LG announced the Tone Platinum SE neckbud and it come with Google Assistant support, this was announced ahead of this month’s IFA show in Berlin. There is also the Tone Ultra SE, integrated with Assistance.

Thankfully, the Google assistance can be activated by pressing a single button, which is much like the company’s G7 smartphone. Hence, there is no need for the voice command activation “Okay Google or Hey Google” 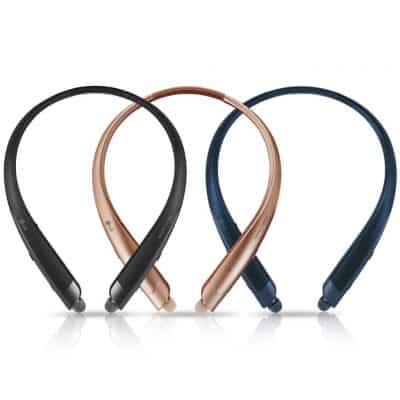 According to LG, it is their latest and most advanced wearable wireless audio products, but most of it will be unveiled during the IFA show. Meanwhile, the LG TONE Ultra SE (model HBS-835S) features an external mono speaker with the earbuds also.

One of the major effect of the Google Assistance, is because of the introduction of the real time translation with Google Translate, which is available at the press of a button.

With the external speaker, users can make calls and listen to music without blocking out ambient sounds, ideal when one needs to be aware of the surroundings. The pricing is yet to be known.