LG Q9 One Android Smartphone has been officially launched in South Korea, and it arrives with a display notch, and powered by the Snapdragon 835 SoC, along with a 4GB RAM.

The latest LG Q9 One is coming after the company launched the Q9 Smartphone in the same country. Well, it is just a mid-range device with high expectation.

The LG G7 One just arrived as LG Q9 One in South Korea. 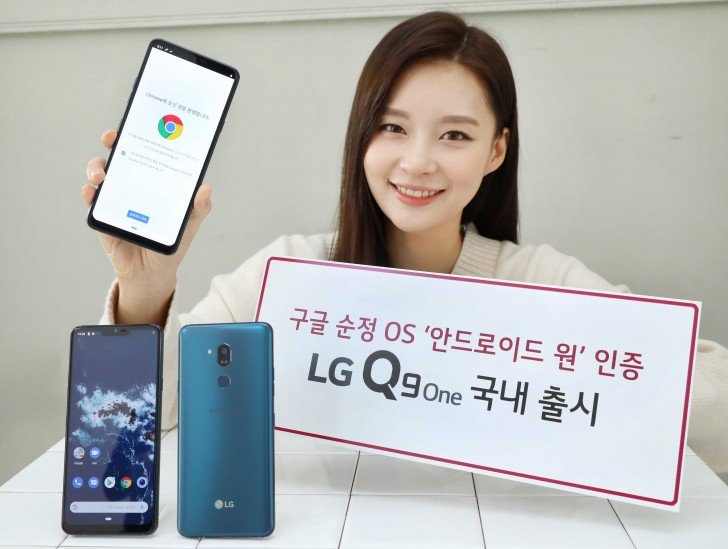 The LG Q9 One Smartphone comes with some reputable specifications and features. Where you can find that amazing rounded corners and slimmer bezels.

Sports bezels at the top which are much more slimmer and minimal, but you can also find that chin at the bottom. The phone also comes with a notch display at the up front.

You can also find that fingerprint sensor at the back, which is located under the single camera lens. The phone makes way with only Moroccan Blue color option.

For the camera aspect, the phone comes with a single camera lens at the back and front. And it can take stupendous shots with the cameras.

At the back, you can find a realistic 16-megapixel rear camera sensor with f/1.6 aperture, HDR10, and OIS support. And it is totally supported by a LED Flash.

Meanwhile, the front facing camera arrives with a 8-megapixel sensor for selfies and video calling. And the selfie camera is housed in the notch display.

The LG Q9 One is powered by a mid-range Qualcomm Snapdragon 835 SoC processor. Which is used to optimized the Android software and increases the phone’s performance.

The handset is paired with a 4GB RAM, with 64GB internal storage which is expandable up to 2TB using a microSD card slot.

While for the battery capacity, the LG Q9 One comes with 3000mAh capacity and comes with a Qualcomm Quick Charge 3 support.

The new LG Q9 One variant is priced in South Korea at KRW 599,500 and will be exclusively available on LG U+ starting February 15.