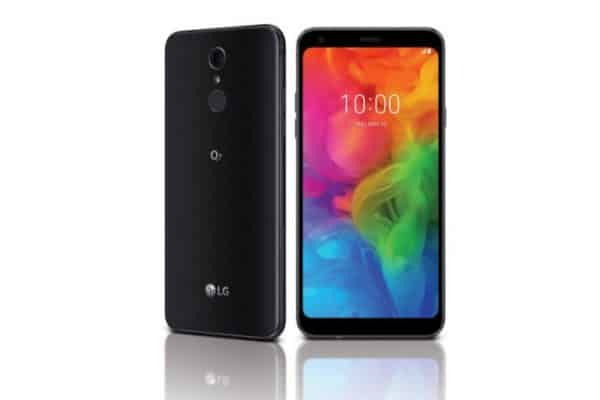 Here is the LG Q7 Android Smartphone with spectacular design. It arrives with a lot of awesome specifications and features, the company did a pretty good job at popularizing their Q-series with affordable prices.

The both phones arrives with solid Metal unibody and weighs 145g. It’s available in Aurora Black, Moroccan Blue and Lavender Violet colors. The device is impressive and it is rated with IP68 certifications, offering dust and water resistant.

The LG Q7 and LG Q7 Plus Android Smartphone features cool screen resolution and the huge differences here is the Camera and Memory storage. The Q7 comes with a 3GB RAM / 32GB ROM while the Q7 Plus comes with 4GB RAM / 64GB ROM but thankfully, they are both expandable up 2TB via a microSD.

It is more preferable and acceptable than the Q6, which is the last year’s entry-level model with 2GB / 16GB. The both phones comes with Portrait Mode, DTS:X virtual surround sound (up to 7.1 support via headphones), and QLens. The latter is LG’s tool for image recognition, object search etc.

The Q7 Plus Smartphone comes with a 16-megapixels back rear camera with PDAF while the Q7 features a 13-megapixels with PDAF and both are announced with 8-megapixels and 5-megapixels for super Wide Angle 5MP.

Everything is powered by a 3000mAh battery capacity and runs on Android 8.0 Oreo. The 1.5 GHz Octa-Core or 1.8GHz Octa-Core (depending on the model) on the phone is also impressive, it has been compromised to give its users an outstanding pricing. There is fingerprint scanner under the camera lens for more security.

The DTS:X support was previously restricted to its G and V series flagship phones, delivering richer sound with quality headphones. This is technically, what high-end phones are fighting for.