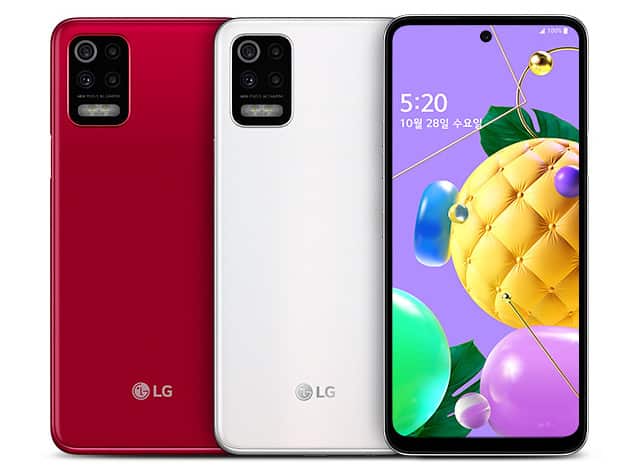 After multiple leaks, LG Q52 announced in Korea with a 6.6-inch 20:9 HD+ FullVision display, quad-rear camera setup, and it is powered by the MediaTek Helio P35 processor. It is the company’s latest handset in the company’s Q-series.

LG Q52 sports a side-mounted fingerprint sensor, and a dedicated Google assistant button stays on the left. in order to allow the device work in extremely high and low temperature condition, there is support for MIL-STD-810G compliant, as well as shock-proof.

The camera setup is different on the back panel, consisting of a primary 48-megapixels camera, 5-megapixels 115° ultra-wide sensor, 2-megapixels macro sensor, and 2-megapixels depth sensor with LED Flash.

For a mid-range phone, the LG Q52 is powered by an 2.3GHz pcta-Core MediaTek Helio P35 (MT6765) 12nm Processor with IMG PowerVR GE8320 GPU, 4GB RAM and 64GB of internal storage that can be expandable up to 2TB through a dedicated microSD card slot.

A moderate 4000mAh battery is built inside the new handset, which the company did not mention if it comes with support for fast charging. Anyways, it is draws power through a USB-C port.