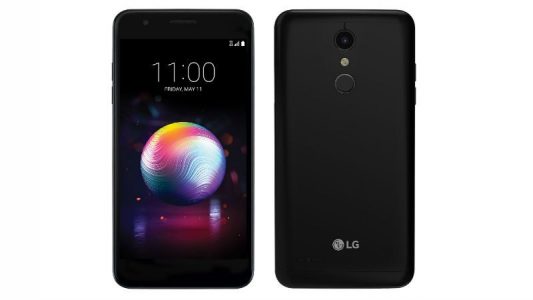 LG introduced the K30 Android Smartphone, the specs and features are purely that of mid-ranger. Comparing the K30 and LG X4+ or the LG K10, you would noticed a striking resemblance within the phones.

Officially, the device is available to T-Mobile in US, it has been launched in US and it goes on sale for $225, which is around Rs. 15,0000 in Indian rupees and N81k in Nigeria currency. It sounds affordable but looking at it one more time, its no longer the same.

Its worthy to note that the K30 is currently available ONLY to T-Mobile in US, no speculations or news, if the company will launch it globally, although, other LG K-family are not being sold in US but numerous outside.

The LG K30 features a 5.3-inch HD IPS display with screen resolution of 720×1280 pixels with a 148.6×74.9×8.6mm dimension and the smartphone has a 13-megapixel camera sensor on the back that comes along with a PDAF lens and an LED flash. The rear camera supports 1080p video recording.

On the front, there is a 5-megapixel selfie camera, offers a 2GB of RAM, 32GB of storage, which is expandable via a microSD card up to 2TB and fueled by a 2,880mAh battery capacity, which supports a fast charging technology. Supports 4G VoLTE, Wi-Fi 802.11 b/g/n, Bluetooth v4.2, and GPS/ A-GPS.

It’s running Android 7.1 Nougat and the processor performance is powered by quad-core Snapdragon 425 SoC. Notably, ti is enabled with fingerprint sensor scanner. As already said, the phone is priced at $225 but one could pay $9/month for two years (24months).