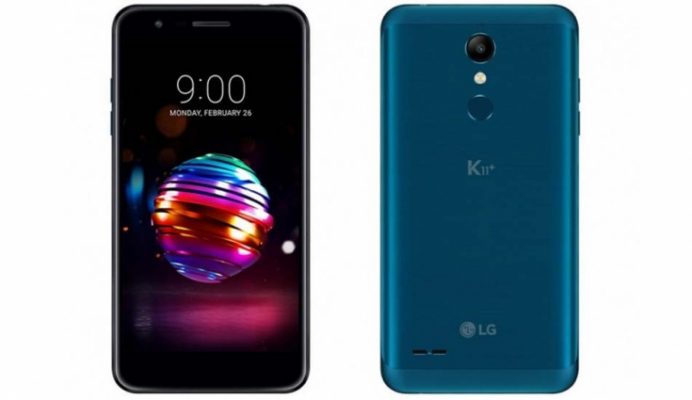 LG unveiled the K11 Alpha and K11 plus Android Smartphone with 5.3-inch 720x1280px IPS LCD, a MediaTek MT6750 chipset, a 3,000mAh battery and a fingerprint scanner right under the back camera lens.

LG expanded their K-series by adding two new Smartphone and it was unveiled in Brazil. The LG K11 Alpha is a slimmed down version of the main and standard K11 plus but they both spots the same design and many more.

The LG KII plus comes in a Gold, Black and Blue color option, but the K11 Alpha arrives in Black and Gold color options only. Anyways, both the colors and the design of the phone is explicit attractive and offers more colors for fashion sense and premium feeling.

The difference between both device is stationed only at the camera and Memory/RAM storage, the LG K11 plus offers 3GB of RAM 32GB of internal storage while the K11 Alpha comes with 2GB RAM with 16GB internal storage, both can be expandable up to 2TB via microSD card.

The LG K11 Alpha, on the other hand, comes an 8-megapixel rear camera. For the front, it has the same 5-megapixel selfie camera. While both features a fingerprint sensor which is placed on the back panel of the phone.

Everything is powered by the MediaTek MT6750 1.5GHz octa-core processor and runs on Android 8.1 OREO. The LG K11 plus is priced at $320 and $250 for the LG K11 Alpha. It is undoubtedly the best budgeted Smartphones.