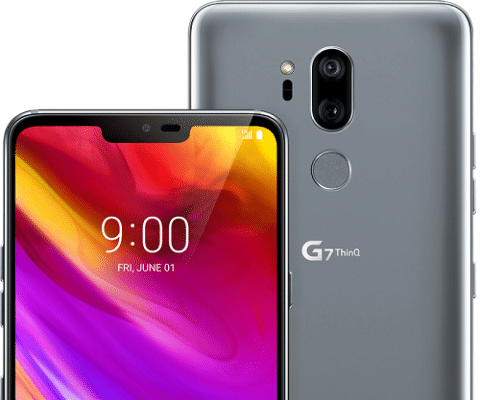 The LG G7 ThinQ is the latest flagship Smartphone powered by Android from the South Korean tech giant, as expected, it is a Smart device with AI camera software and features interesting and delicate technology innovation, the phone design is indeed incredible in a metal and glass combination.

Officially, this is the company’s first flagship handset for 2018. LG is among the biggest company to feature a display notch, which houses the front facing camera, receiver and light sensor. The phone offers a very thin bezels above and below the display and a dedicated button for the Google Assistant (very important).

Among others, the phone comes with a rear-facing fingerprint scanner, virtually, the phone’s back side is slightly curved and offers rear two cameras. The phone has few glowing and dazzling colors and the efficient features includes the AI Cam, loud speakers, voice recognition from afar. 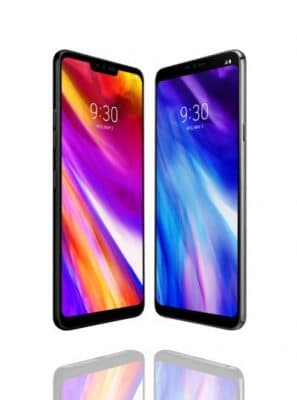 The LG G7 ThinQ is a desperate Smartphone that looks forward in controlling the high-end markets brands including the camera aspect. The G7 ThinQ is the successor to G7 Neo, with aspiring beauty and features, it comes in a 6.1-inch QHD+ Super Bright Display.

Unfortunately the handset is not designed with an OLED display like LG V30 and V30S ThinQ but fortunately with a powerful LCD display that might pass for OLED. So, you can expect some sharp display for your screen with HD resolution.

The phone is made on high standard 18:9 aspect ratio display and thanks to LG, users can basically customized the notification bar, you can change it to black, or a black to purple gradient etc and it measures 153.2 x 71.9 x 8.2 mm, while it weighs 160 grams.

Beholding the phone, you would notice the distinguish notch display, which has grown over and integrated on almost every device out there especially Chinese phones. But the G7 ThinQ is quite different from others, despite being the company’s first smartphone to sport the dreaded notch and like Huawei P20 Pro, you can basically hide the notch display, this is for those that are not fans of notch.

LG has always been the best advice and choice for taking cursory images with AI capability. Definitely, artificial intelligent (AI) camera has always been their thing and G-family takes better pictures especially in low-light, under direct sunlight and many more.

The LG G7 ThinQ isn’t different from the list, the device features a two 16-megapixel cameras on its back, while a single 8-megapixel camera is included on the phone’s front side. The back camera offers wide-angle lens at 107 degrees and there is Portrait mode on front and rear cameras.

The AI cam on this handset is equal to the task that it receives, the back camera recognize objects, optimize the image and it can differentiate between an animal or human being. According to the illustration on their official website, it detects an animal, species, for example a dog.

The phone is enabled with google lens; this helps you take a picture and it automatically search about it, shop online and even translate. The company explained, all you have to do is to ‘point and click’ The AI cam does a lot of works with through automatic contrast, saturation, and color adjustments.

LG claims the photos and videos are four times brighter than the G6. The phone comes with comparatives advanced network and connectivity, which offers fast network browsing, wireless connection and many more. 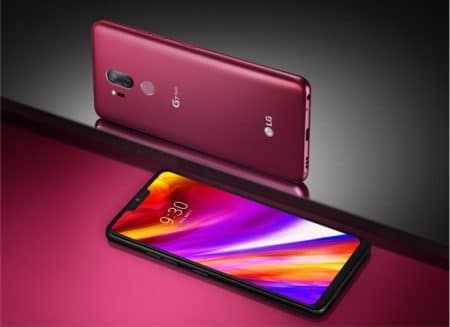 The phone is fueled by the Snapdragon 845 64-bit octa-core processor does a great job at increasing the battery life, maintaining the equilibrium, provides adequate battery doctor and as per the performance of the device, combined with 4GB / 6GB of RAM, the multitasking is smooth and steady as expected.

On the internal storage, the device comes with a 64GB / 128GB of internal storage. And runs on Android 8.1 Oreo OS pre-installed on the phone. The device is equipped with 3,000mAh non-removable battery and supports Quick Charge 3.0 fast charging.

As per the rumor, LG introduced its 32-bit quad-DAC and says it will provide a clearer sound for wired headphones. This is the Boombox speaker, Hi-Fi quad-DAC, and DTS:X 3D Surround Sound, so expect louder speaker from the new handset.

The device has been slated to be released early next month, with pre-orders starting at the end of May, at least in the U.S.

LG is set to launch the LG G7 ThinQ on the 2nd of next month and before then, it is obvious that most of the specs are already leaked and the full image likewise also.

Fortunately or otherwise, the phone comes with notch display, pleasant or unpleasant, we aren’t seeing the notch design ending soon. The upcoming Android Smartphone comes with a weird codename; ‘ThinQ’ I still find the addition of that code-name amusing and somehow clumsy.

The LG G7 isn’t the first of their phone to come with such codename, we already had the LG ’G7 Neo’ and the LG V30s ThinQ. One of the best highlights from the rumored specs on the G7 is the LG’s latest LCD technology called Super Bright QHD+ display up to 1,000 nits. And it enables you to see more brighter, sharper in a dazzling six colors (Auto, Eco, Cinema, Sports, Game, and Expert) with the 100% of DCI-P3 color space and consume less battery capacity than its predecessor, the company claims. 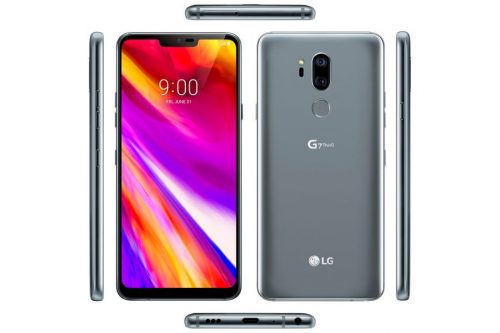 From the view of the above image, the phone packs a Full Screen, Notch display with 19.5:9 aspect ratio, 6.1” inches diagonal with QHD+ resolution, 3120 x 1440 pixels and to add more flavor to the phone, the company claims that the new size is also complemented by “almost 50 percent slimmer bottom bezel” than the G6.

LG are big time competitors with OLED screen but delivers downgrading display for their V30, probably, that is the reason, why Samsung no longer considered them as competitors but the company is striving for the best in the upcoming G7. The LCD display is spotless, clearer and yep, it has been enabled with feature that allows you to black out the display notch.

The LG G7 ThinQ might also feature AI modes for camera scene recognition and on the side of the phone (not yet sure), it will spot a dedicated button for Google Assistant. The launching date is May 2nd, stay updated.