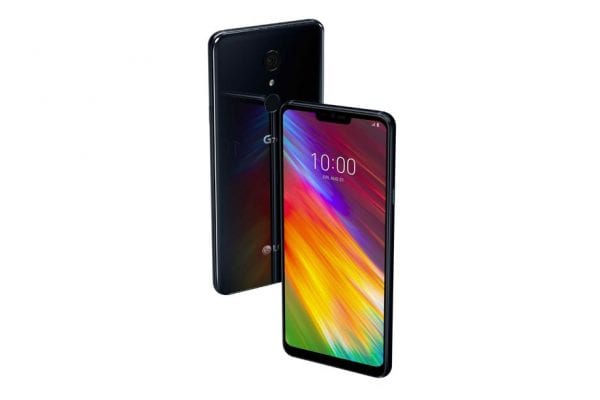 LG announces their flagship Android powered Smartphone, LG G7 One. The Smartphone is the first from LG to be powered by Android ONE. But it will be shown OFF during the IFA 2018.

Most of the specs are cut-off from the official standard G7 ThinQ. It is just a replicate of the course, but the G7 One is also bringing more amazing and stunning specs to the table. There is the big screen size and more but being a lower variant of the G7, some specs are limited!

The new Smartphone runs on high standard of Google’s stock Android program. For the first time, LG wants Google’s ONE program running in its own device, but LG is coming into the market with an unprecedented style.

Firstly, you’ll be amazed by the tall 6.1-inch 1440p screen display, thankfully, it is also coming with a super bright display. However, LG is adding the notch display to the top of the Smartphone.

The design of the Smartphone is quite impressive, with the all glass body design. There is the G7 ThinQ Boombox speaker, and the headphone jack with QUAD DAC, which is not rare to see.

This time around, LG is implementing a single camera lens at the front and back, featuring a consistence rear 16-megapixel f/1.6 shooter and 8-megapixel f/1.9 selfie camera. Hence, expect more camera quality, although, we can still wait for the IFA show.

Coming with last year’s Qualcomm Snapdragon 835 processor, with 32GB inbuilt storage and yes, it is expandable via a micro sd card slot. Comes with fingerprint sensor and a 3000mAh battery capacity.

However, I’d consider the LG G7 ONE as high-mid-range Smartphone. Will be priced at exceptional price for the G7 One, from the LG company.

Therefore, for those that wants to know the video preview, knowing the camera quality and many more, first hand are expected to wait for the official launching during the IFA 2018 in Berlin this week.