One of the best Android Smartphone from LG is here! Say Hello to LG G6! It is the latest Flagship phone from the South Korean multinational electronics company.

It features a lot of amazing specifications, it comes with a Attractive design and great build quality. With its s Speedy performance and a great low-light camera performance and wide-angle camera features, the G6 is one good phone.

It arrives with a Snapdragon 821 chip set, it isn’t the latest chip but LG confined to its users that this is the best chip to use because the latest Snapdragon 835 has not been tested and operated very well.

The Phone arrived with a Water Body Resistance unlike its last predecessor, the LG G5. They are much difference but also, the similarities are also numerous. 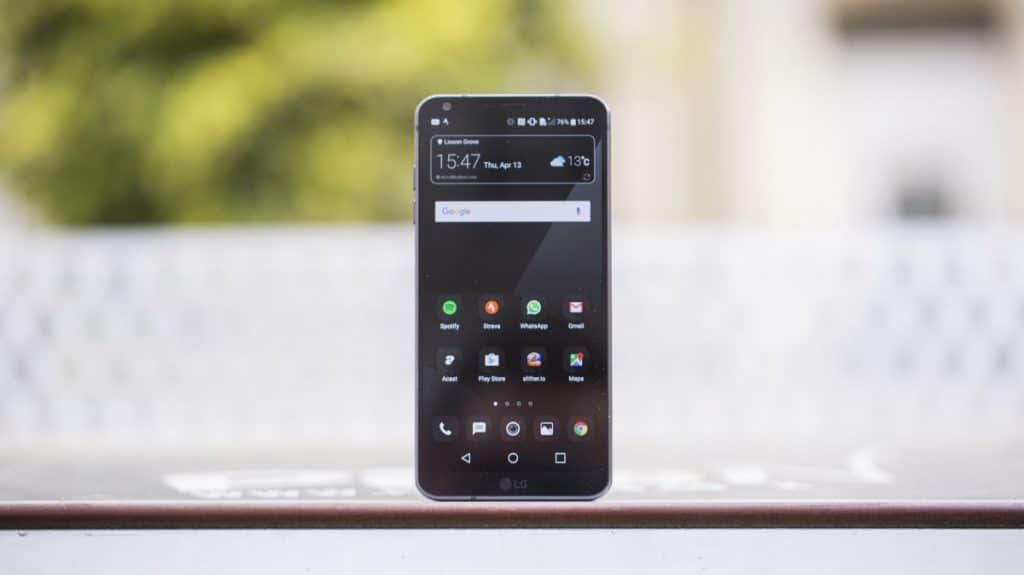 The G6 is crafted from metal and glass, and now the battery is fully sealed in, so you won’t be popping off the back to swap power packs and the rear of the phone is smooth, with no protruding camera bum.

There are two sensors on the rear of the phone, above the round fingerprint sensor, which also doubles a power button. The LG G6 will be coming in platinum, black and white at launch, although it was strongly hinted to us that more colors will be popping up soon.

It is indeed a well crafted Smartphone that shows that LG aren’t backing off from the Mobile Phone business, from the craftsmanship work, you will tell it and show it.

Below is the complete reviews of the G6. The combination of the white option, with two cameras and round fingerprint sensor below, makes the G6 look a bit like a surprised ghost.

On the design, it features a Metal Body with Glass Backing. The G6 is crafted from metal and glass, and now the battery is fully sealed in, so you won’t be popping off the back to swap power packs.

There is a pleasing contrast between the deliberately flat front face and the more ergonomic curved rear. Your three color options are black, white and “platinum” the back of which has a neat brushed texture beneath the glass.

There is a protection made for both the front and back. At the front we have the Corning® Gorilla® Glass 3 on Screen and Rear Camera; Corning Gorilla Glass 5 on Back. But no matter how much you get it, the thing will still scratch that is after the Youtuber reviewed to us, JIGRIDEVERYTHING.

On the display, we have the 5.7″ QHD Plus Full Vision Display (2880 x 1440) with 564 ppi and 18:9 Aspect Ratio. For such as huge screen display and type, watching movie and videos will be much more clearer and superior.

It also comes with a IP68 Water and Dust Resistance and a USB Type-C™ Charging Port with Qualcomm® Quick Charge™ 3.0 – reversible design for easier plug-in; fast charging and data transfer. And yes, there is Wireless Charging with Compatible Dock.

The G6 comes with a 2.35 GHz Quad-Core unlike the last flagship device that features a 2.15 GHz Quad-Core but all the glory comes to the Operating System, as it runs on Android 70 Nougat out of the box. And a Qualcomm Snapdragon 821 (MSM8996).

And on that base, it come with a 32 GB ROM to save your files such as images, videos, musics, videos, applications and many others and when it is up, you have a space for expandable memory card up to 2TB.

And for the Multitasking, it doesn’t arrived with such bigger RAM but it has a speedy performance with its 4GB RAM. And to power up your phone house, it comes with a huge 3300mAh battery capacity and it is non-removable.

The Phone features a phone Quick Charge 3.0 with USB-C. 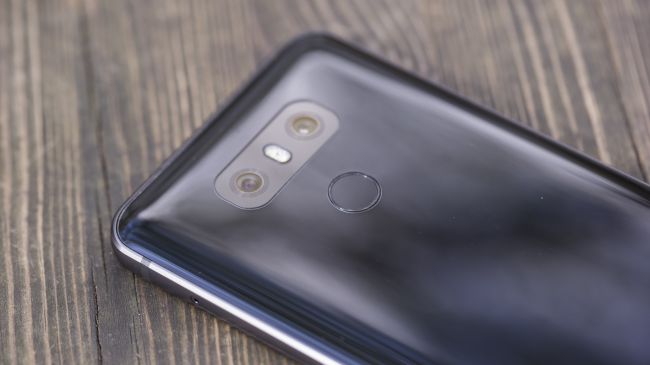 Capture life’s breathtaking views with Dual 13MP rear cameras. The 125° wide-angle lens allows you to capture photos and videos with a wider perspective

While for the front facing camera, it come with a 5 MP Wide-Angle Lens2 – 100 degrees, f/2.2 low light; toggle for standard-angle (82 degrees) option. Taking selfies will be crystal clear.

LG would be unveiling their next flagship device, the G6, at the Mobile World Congress in Barcelona, and it here we have the first image to take a look at the device.

The designs of LG G6 is quite amazing and surprising! It arrives with a sleek blue glass and metal design with a couple of interesting design touches.

Anyway, LG is rumored to be focusing on design more heavily than ever this time around, with a Samsung-esque combination of reflective glass and a metal frame.

According to the leaks, it might be coming with a 5.7-inch screen with a rare 2:1 aspect ratio, a dual rear cameras, waterproofing, a headphone jack and probably, it may surely come with the Fingerprint Scanner probably at the bottom.

And maybe, it might also pack a removable battery but the technology now support non-removable battery. Lets keep our fingers crossed. And it is coming on February 26th! Stay Tuned!