LG unveils their latest mid-range device, this is the LG Candy Android Smartphone! The mobile phone was introduced during IFA 2018! Don’t be fooled by the name “Candy” although, it features an interchangeable back covers.

The specs sheet of the phone isn’t enticing nor attractive. But the mid-range device delivers a more intensely expected features. The company is selling the device for Rs 6,999, which is around N36,000 in Nigeria currency! 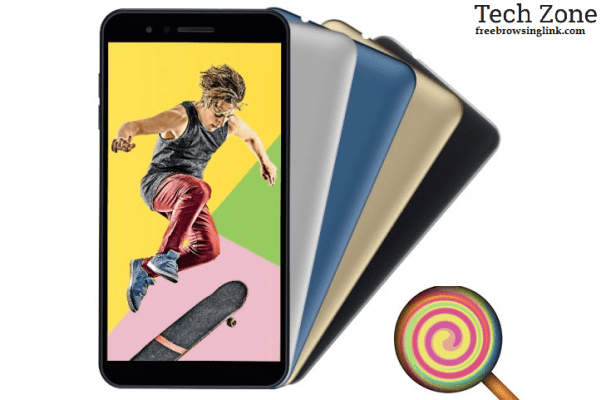 The newly announced budgeted Smartphone was launched into India affordable market. However, it seems that LG wants to take a dive into India’s over-crowded budgeted smartphone market. Which of course, sound competitively!

There are other necessary specifications and features stamped on the device, 5-inch HD (720×1280 pixels), 8-megapixel rear camera with ‘Flash Jump Shot’ feature that captures 20 photos every three seconds. And after that, it forms a gif in a mesmerizing out look.

And there is a 5-megapixel selfie snapper, and enhanced with features like Auto Shot, Gesture Shot, Flash for Selfie and Quick Share. It is powered by a 1.3GHz quad-core processor along with 2GB RAM. And comes with 16GB internal storage, which is expandable up to 32GB via micro SD card slot.

Looking for 2017 device launched in 2018? You can possibly wait for two days, (which is 1st of September) before the mobile phone will be available and delivered to you! The LG Candy runs on Android 7.1.2 Nougat operating system out of the box, this is a time for Android 9.0 Pie!

The smartphone has considerable bezel on the top and bottom of the display. Everything under the hood is fueled by a removable 2500mAh battery capacity!

“‘LG Candy’ smartphone is focused on delivering even more value to consumers looking for the right device that fits their lifestyle and needs,” Advait Vaidya, Business Head-Mobiles, LG India, said in a statement.

“We’re confident to capture the hearts and minds of consumers in the fast-moving market with our ‘Candy’ smartphone, its beautiful covers, camera technology and other features,” Vaidya added.