I think it is time to say goodbye to 3G and also to the upcoming 4G that is actually a more bigger one and we don’t need it. Yea, people have been surprised because we have not even tested the 4G network to our satisfaction but here we are trying to use one of the most powerful and fasted 5G network all over the world.

According to the technology giant, as a driving force to lead 5G innovation, Huawei has continued to extend the global partnership initiatives with more than 20 carriers, including CMCC, Deutsche Telekom, Vodafone, NTT DOCOMO, Telefonica, TeliaSonera and Etisalat, and 10 industry partners, spanning continents in Asia, Europe, and North America. 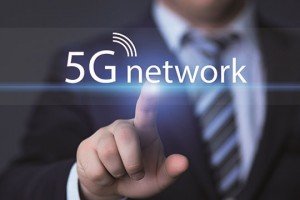 5G is a term used to describe the forthcoming fifth generation of mobile network technology.

Right now, it doesn’t signify any particular type of technology. While 4G has become synonymous with LTE, there’s been no publicly agreed upon standard for 5G networks. However, a couple of likely technologies are emerging.

The main quality of 5G networks compared to 4G will be speed. It’s going to be many times quicker than what we have now, and by quite a way.