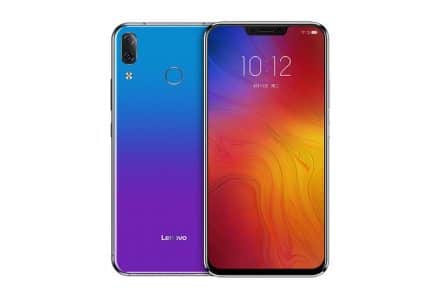 The Lenovo Z5 has been announced today, 5th of June as already fixed, in Beijing. And the company advertise a 90% screen-to-body ratio. It is a phone that we all had been yelling about but sorry to burst your anticipation, the Z5 features a notch display.

We thought Lenovo Z5 would be a true-all screen display like the Vivo Apex concept phone but it all turns out the other way and not just that, there is a chin at the bottom.

Everything looks perfect on the phone but the company made the whole marketing a laughing joke by bringing in the notch display on the Z5, not that, it doesn’t sound good but the way it was first broadcast showed a great deal than what arrived, devious might be the right word.

In Nigeria currency, that can be approximated to N72,000 and N100,800. It sound affordable and cheap. Don’t be too bossy about the notch display, you can still wave it off and get your dream phone, it worth the money but not the time!

Definitely, the phone is still not up to the standard of the OnePlus 6 but with the flashy, shiny and bright design and display, it will definitely stand a chance in today’s market. There is no talk on, when it will arrive Nigeria but lets hope at the end of July.

The phone was launched on the 5th of June and at 14:00 hours in Beijing. Although, we have seen companies trying to popularize the term; FullView display, bezel-less design but sincerely, none of the Smartphone maker was able to introduce device with ‘true bezel-less design’ or ‘all-screen display’

Anyways, various companies has tried to offer all-screen such as Mix Mix 2 with 91.3 percent screen-to-body ratio but it still requires a bezel along the bottom to host the phone’s front-facing camera.

Another Chinese company, Vivo brings in a concept Smartphone known as Apex and it uses a pop-up selfie camera to help trim the bezels and unlike the iPhone X, the phone needs a slight chin to hide the OLED’s display controller while Apple launches the notch display and avoided the chin by folding the OLED panel back underneath itself.

Total gimmick: Worth the money but not the time!