These new Yoga laptops were announced in the company’s Yoga series, and they were all updated with Intel’s latest 10th Gen mobile CPUs or AMD’s Ryzen 4000 Series Mobile processors.

Well, the Lenovo Yoga 7i 2-in-1 laptop also known as the Yoga C940 comes in 14-inch and 15-inch variants, The 14-inch variant supports Dolby Vision while the 15.6-inch variant offers an FHD VESA400 DisplayHDR option. 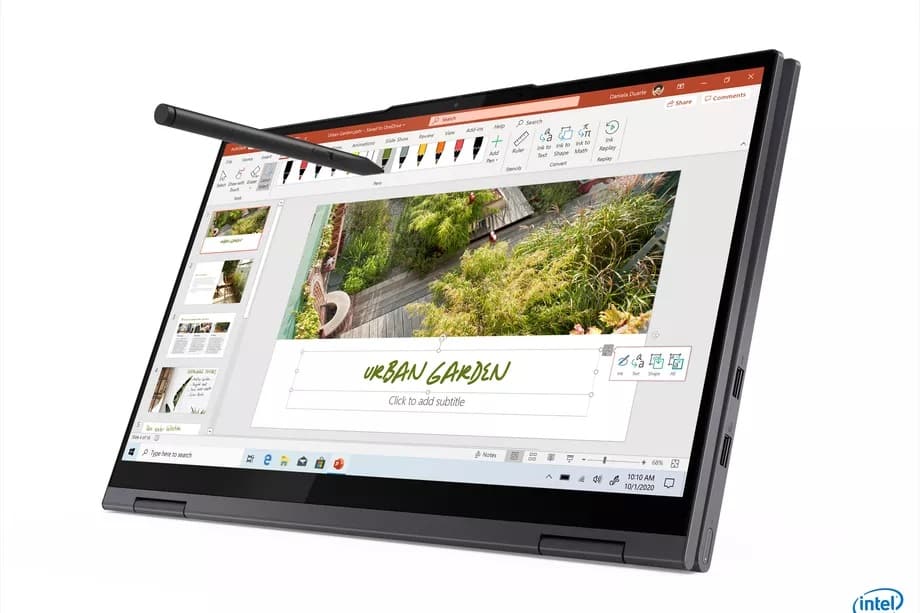 Both are powered by the next-gen Intel Core processors and Intel integrated graphics, up to 16GB DDR4 memory with up to 1TB SSD PCIe M.2 of storage. Lenovo also promises a very fast boot time, as the company said “the moment you open the lid.” you’ll see the 7i up and running.

Lenovo is offering a bigger 16 hours battery life for the 14-inch display, and still, promise you to get 13 hours of battery life out of the 15-inch model. The 7i will be available in November starting at $799.

And also, there is the Lenovo Yoga Slim 7i Pro 14-inch laptop with up to 2.8K Wide Viewing Angle display with a 16:10 aspect ratio, 90Hz refresh rate, and 400-nit peak brightness.

It is powered by next-gen Intel Core processors, and up to 32GB LPDDR4X memory. The laptop starts at €899 and will be available starting in November 2020.

Yoga Slim 7i 13.3-inch laptop will be powered by Intel’s next-gen Core processors and Intel’s Xe architecture, with up to 16GB LPDDR4X memory and up to a 1TB SSD PCIe (Gen 4) M.2 storage. 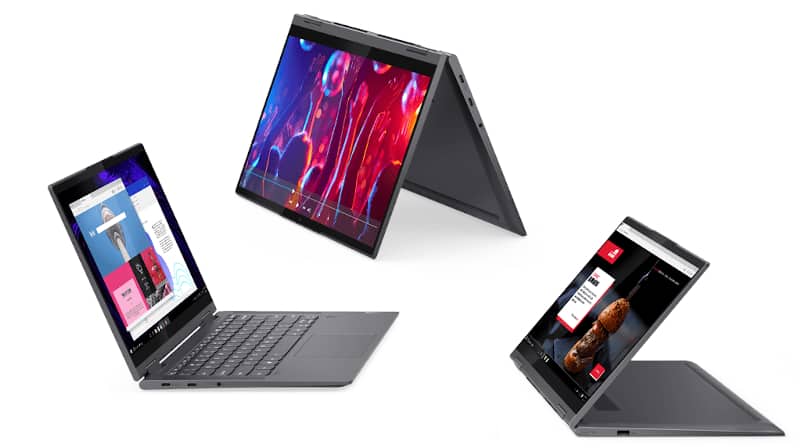 Another is the convertible Yoga 6 laptop with a 13.3-inch screen display, 300-nit screen, compact 2.9-pound chassis, Alexa, and the company said that it’s the first laptop designed with a hybrid of metal and “soft-touch” materials.

It comes with support for 18 hours of battery life and will feature AMD Ryzen processors up to the Ryzen 7 4700U. We can vouch for these chips; they power the 2020 HP Envy x360, which absolutely flies and can handle gaming about as well as expected from a system with a low-powered discrete GPU.

It is powered by AMD Ryzen 7 4700U Mobile Processor with built-in AMD Radeon graphics, up to 16GB DDR4 memory, and 1TB SSD PCIe M.2 of storage. The Lenovo Yoga 6 starting price is $699 and will hit shelves in October.

On the other hand, we’ve got the Lenovo Yoga 7 Pro 14-inch laptop that offers up to the up to AMD Ryzen 9 4900H Series Mobile CPU with built-in AMD Radeon graphics and up to 16GB DDR4 memory.

Well, it appears that the 7 PRO best feature is its battery life, offering up to 17 hours of battery life along with support for Rapid Charge Boost that can provide 2 hours of use in 15 mins of charge time. The laptop will start at €799 and will arrive in August 2020.

Best 100+ Quotes for Facebook status that will get likes