It is the company’s latest tablet at MWC 2019 and was officially unveiled in India. There is a single camera lens at the front and back, which includes 13-megapixel rear camera, and a 5-megapixel selfie camera.

The Lenovo Tab V7 is actually a good looking tablet with amazing design and look. It packs other impressive specs and features, including the gigantic battery capacity. 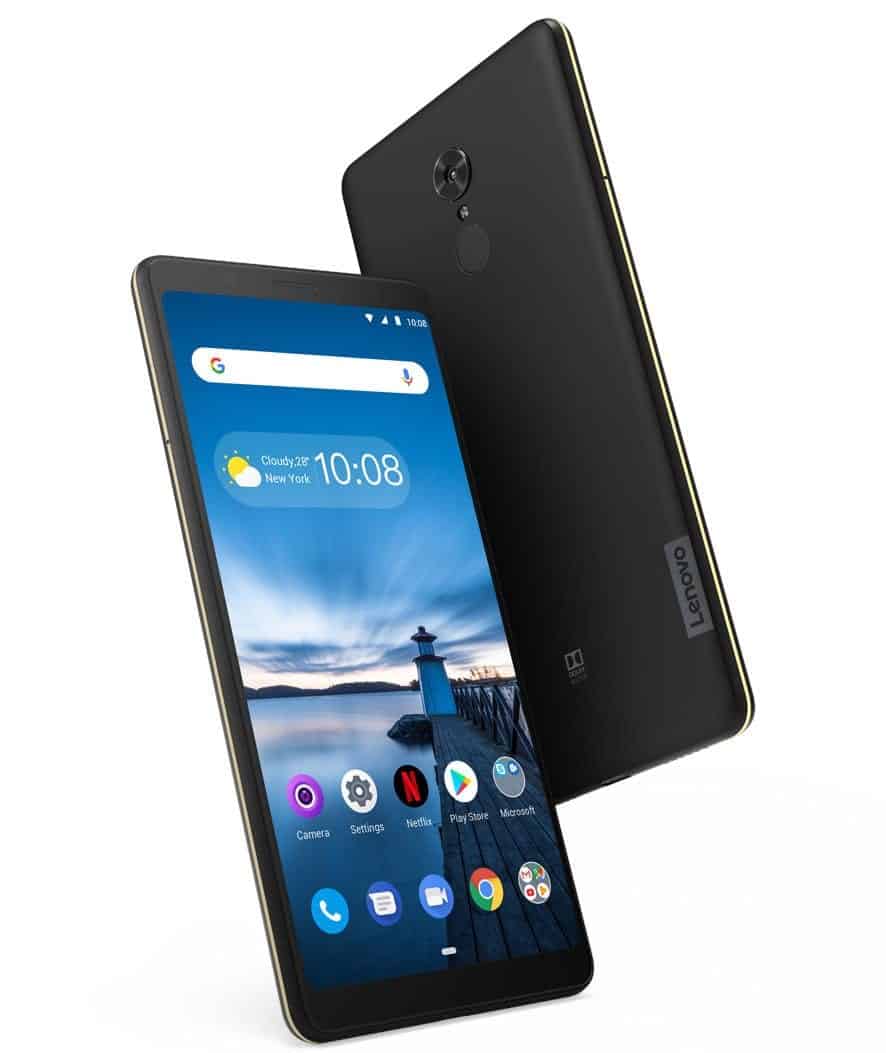 It packs a premium metallic rim and thin-and-light profile, a rear-mounted fingerprint sensor, and available in a single slate black color option.

Lenovo Tab V7 also sports a dual camera sensor, which includes a single 13-megapixel camera with LED flash at the back panel, and a 5-megapixel camera on the front display, which supports Face Unlock. The cameras features includes Night Shot, Panorama Mode, and HDR.

It comes with a microSD card slot, USB Type-C port, 3.5mm headphone jack along with a dedicated Dual SIM slots with support for 4G VoLTE, voice calling. There is also a two Dolby audio front facing speakers, is 7.89mm thin, and weighs 195 grams.

The Lenovo Tab V7 is completely powered by a 1.8GHz Octa-Core Qualcomm Snapdragon 450 Mobile Platform with Adreno 506 GPU, and the tab runs on Android 9.0 (Pie) out of the box.

Lenovo mentioned that the tab is quite portable that you could easily carry it around without being noticeable. We can possibly use the term “Pocket-friendly”

The Lenovo tab is powered by a 5180mAh battery capacity and support up to 10 hours of local video playback and browsing time, and up to 30 hours of talk time. It will be available on Flipkart starting from 1st August 2019 and others like Amazon.in, Lenovo.com and retail stores including Croma, Reliance Digital and Vijay Sales.