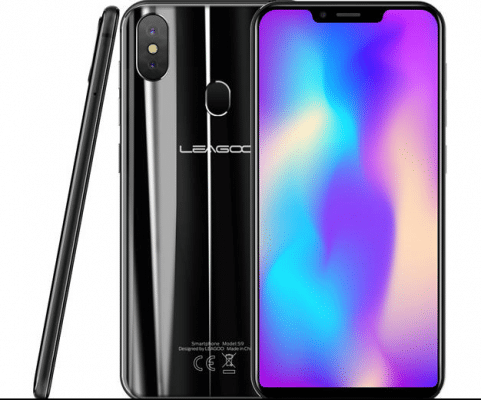 Chinese Smartphone makers, Leagoo are perfectly doing better in the mobile phone markets and the company’s are known for bringing high-end feature to mid-range phone with economically price. Say hello to Leagoo S9!

Leagoo targets customers and users who are looking for the best affordable device on the markets. The Leagoo S9 Smartphone comes with the iPhone X‘s notched display, dual rear cameras with LED flash at the center, fingerprint sensor and runs on Android Oreo. 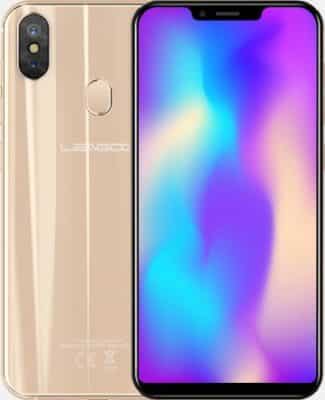 The Leagoo S9 packs an impressive notched 5.85-inch HD+ IPS 19:9 Full Display with screen resolution of 720p. You will definitely enjoy the sharp and realistic graphic quality on the screen. And it is available in three elegant colors Blue, Black and Gold color options.

Leagoo S9 is the latest to be added into the company’s S family but it boasts of 90% screen-to-body ratio and 450cd/m2 brightness. The phone design is amazing, packs a customized rounded corners and fine cutting-edge innovation, makes it more premium. The bezels surrounding the screen is quite smaller.

On the back, the phone holds a dual camera with Fingerprint sensor scanner, which the company calls Touch access. And claims it unlocks under 0.1s, it also supports AwinicTM audio chip, which delivers Hi-Fi quality sound music and supports USB Type-C and 3.5mm headphone jack.

For the optics, the Smartphone arrives with a dual camera setup, which consists of 13-megapixels + 2-megapixels with f/2.2 larger aperture and LED flash for taking clearer image shots. Supports lower light shots, night shots and there is something the company calls image processing algorithm and ultra HD shooting technology.

This features allows the S9 to shoots multiple frames in quick succession, and combines them into one 65MP shot, even if you enlarge the photo 23 times, it is still clear with the original HD quality. And it also supports portrait mode shots, with image matrix technology feature that focus and enhance face and background brightness in backlight environment.

On the front selfie snapper, the Leagoo S9 packs a 8-megapixels f/2.0 selfie snapper, with 1.12μm pixel size and screen flash support. And it supports Face ID recognition, which they call Face Access. That uses your Face as your password.

The Leagoo S9 is powered by a MediaTek MT6750 chipset running at 64-bit 1.5GHz Octa Core processor. It is a mid-range processor but will definitely enhanced the battery life optimization. The phone comes with a powerful Mali-T860 GPU for graphic performance.

It runs on Android 8.1 Oreo OS, 4GB of RAM and 32GB of internal storage which is expandable up to 128GB via micro SD card slot. With the Android OS coupled with the RAM capacity, the Leagoo S9 will never lack its soft magnificent interface and running multiple apps at once.

The Leagoo S9 is popularly known as the first ever Android iPhone X, and with the sumptuous specs, design and features, it is undoubtedly a replicate of iPhone X. And it is priced at $140, which is around N50,400 in Nigeria currency.