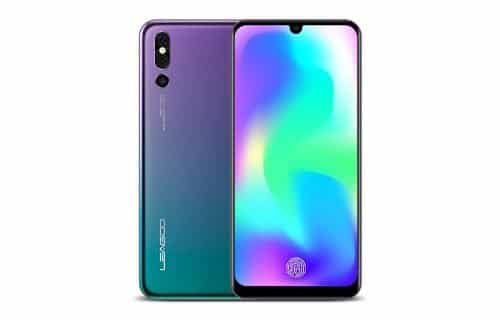 LEAGOO has officially announced that during the upcoming Global Sources Consumer Electronics trade show in Hong Kong, they would be launching two Android Smartphones, the Leagoo S9 Pro and S10 with three rear camera, if the triple camera is true, we might be looking at future Huawei P20 Pro.

The phone would also be arriving with Qualcomm Snapdragon 845 SoC or the MediaTek Helio P60, 6+128 GB and 8+256 GB, 6″ FHD+, under-display fingerprint sensor. It is coming with Notch display but it looks more like Essential Smartphone.

The Leagoo S10 isn’t the first copycat phone from the company that features basically, everything you might see on the standard phone but comes at a low price. The Leagoo S8 was the knock-off version of the Galaxy S8.

Leagoo is a strong company that is looking forward to doing the best in the Smartphone business. Huawei was also a underdog company that partially does the copycat (maybe, there are still doing it) but their phone focuses on mid-range specs but today, things aren’t the same, they are among the top beautiful Smartphones worldwide.