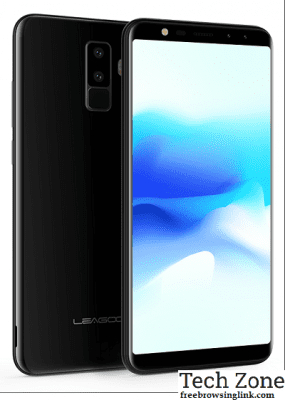 Leagoo is among the best Chinese Smartphone makers and their devices are popularly known all around the globe. The Leagoo M9 mobile device is an Android powered Smartphone with awesome and elegant looking design.

The Leagoo M9 comes with slimmer and ultra-thin bezels at the top, but it is a notch-less device with dual cameras at the back, fingerprint sensor scanner support. And yep, the screen display provides a more vivid and sharp in-depth viewing angle. 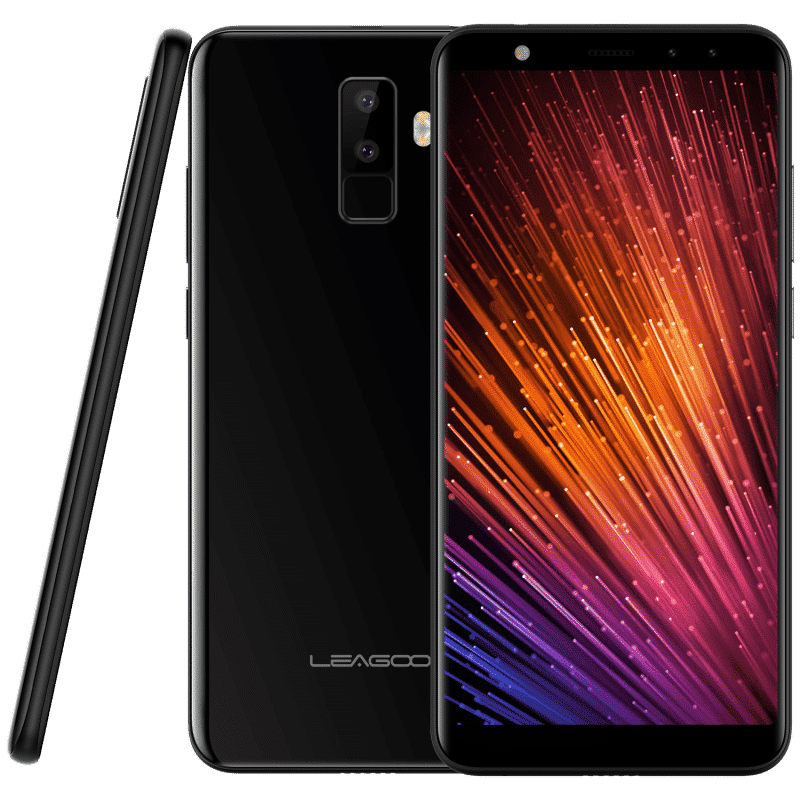 The Leagoo M9 is definitely a mid-range Smartphone with basic specifications and features, it is expected to conquer the budgeted Smartphone markets with its amusing specs. However, the handset is sleek, smooth and flawless in its polycarbonate body plus a well-rounded shiny metallic finish,

Leagoo M9 comes with a moderate 5.5″ HD IPS touch-screen, with 18:9 aspect ratio, which reduced the borders on the top and bottom. Thankfully, the phone boasts of 80% screen-to-body-ratio but noticeably, there is the bottom chin, which is quite big enough.

The screen is radically protected by Corning Gorilla Glass 3, and it display rich high definition of videos, photos and games, bringing every expected colors and contrast. At the back, it features a fingerprint sensor scanner, and a dual rear camera. The phone is available in Blue, Black, and Gold color options.

At the front, the selfie snapper is equipped with 5-megapixels + 2-megapixels with f/2.4 and Flash LED, for taking clarity of photos. For your social media accounts, and photo gallery, the M9 dual front camera is enough to bring those satisfying shots to life.

The front camera is equipped with soft-light LED selfie for taking better selfies at night! While the dual rear camera consists of 8-megapixels + 2-megapixels with f/2.4 aperture and dual flash for taking quality image shots. The cameras comes with Portrait mode, and bokeh effect.

For the network and connectivity, the phone lacks a lot important features on this aspect. Such as NFC, OTG, Dual WiFi networ and many more. The handset comes with 2G, 3G, GPS, WIFI (2.4GHz), and Bluetooth v4.0.

The phone is powered by a MediaTek MT6580 chipset running at 1.3GHz Quad core processor, coupled with 2GB of RAM for seamless multitasking and switching of apps. The phone graphic performance is enhanced with Mali400 MP2 500MHz GPU.

For the storage aspect, the phone comes with 16GB of internal storage, and it is expandable up to 32GB via micro SD card slot. However, the phone runs on the company’s LEAGOO OS3.0 Lite, based on Android 7.0 Nougat.

The phone comes with LG 2850mAh battery capacity, and the company promises a one full day usage on a single charge. With the processor and Nougat, the Leagoo M9 smoother operation speed and steadier operation experience. There is speaker grill is loud enough to introduce enhanced sound quality.

The Leagoo M9 is price at $75, but in Nigeria, its costs N22,740. Thankfully, the mobile phone is available in different online and offline stores. Meanwhile, Leagoo has a bunch of phones that targets the budgeted smartphone markets.