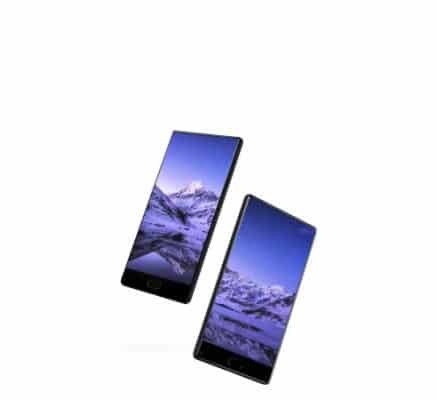 Leagoo KIICAA Mix arrives with an ultra-wide and full screen display and a huge bottom chin. The bezels at the bottom is wide enough to host the physical home button, and the selfie camera.

The Leagoo KIICAA Mix is one of the best Android Smartphones to pack a single selfie snapper shooter at the bottom of the display, although, it is not a unique feature but it is stylish and elegant in design. Elephone S8 features something like that. 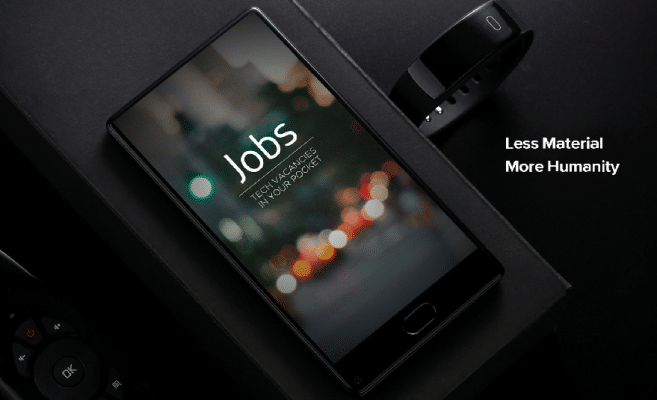 The display isn’t just the selling point here, the Leagoo KIICAA Mix is very cheap, affordable and it is economically priced. The company said the device is not just a Window, it is also a Door! All thanks to its wide-viewing angle.

Bearing an elegant design on the screen display, the KIICAA Mix design on the front is attractive, the company reduced the bezels on the top of the phone. It is much comfortable to hold than other regular 5.5″inches Smartphone and it is just 7.9mm thick.

The big front-mounted physical home button also doubles as a fingerprint reader, which unlocks under 0.1seconds. The phone is only available in a dark black color options.

The phone comes with a single front camera lens at the bottom, a 13-megapixels with f/2.0 aperture and lacks any LED flash. The dual rear cameras arrives with the trending portrait mode, much like SLR-like bokeh effect. This specifically brings out the subject on the photo and blurs the background.

While the back brings in a dual camera lens consisting of 13-megapixels f/2.0 and 2-megapixels f/2.4 aperture with 1.12um
pixel size. The cameras are supported with LED Flash, which will fetch warm-looking photos during night shots.

The Leagoo KIICAA Mix is powered by a MediaTek MT6750T chipset running at 1.5GHz Octa-core processor, coupled with 3GB RAM. Both the processor and RAM provides a fast, seamless stable performance with low power consumption and functioning multitasking.

There is the GPU processor, Mali-T860 MP2 650MHz, which deliver substantial graphic performance. You can store your important files and documents such as musics, movies, photos, applications, games, annotating docs and many more on the 32GB in-built storage, and it is expandable up to 128GB via micro SD card slot.

Under the hood, it is fueled by a 3000mAh battery capacity with 5V2A Quick charge at via a Type-C connector. The phone runs on LEAGOO OS3.0, based on Android 7.0. So expect an understandable Android interface and it is user friendly.

It supports an hybrid SIM mode, where you can either insert double nano SIM or a single SIM and a micro SD card. This actually depends on your wants. The Leagoo KIICAA Mix price is N35,000 in Nigeria currency and it is available for purchase in virtually all the authorized offline and online stores.