Although, Micromax announced their first Android Oreo GO smartphone, known as Bharat Go in January, local phone makers, LAVA has just announced the Z50 but the Alcatel 1X is the first Smartphone to run on Android Oreo (GO Edition).

Wondering how the Oreo GO OS works? It is pretty simple and short, the OS is operated to take care of entry-level smartphones, optimized to run apps such as Youtube GO, Google GO, Gmail GO and many others. 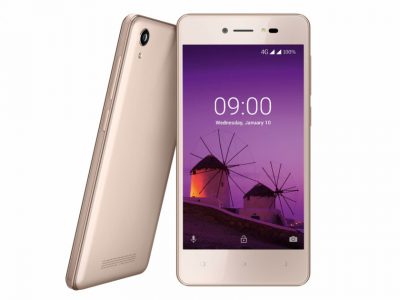 The specs are pretty awesome and nothing new to the line. The device is available in two colors; Black and Gold. Like the Alcatel 1X, it lacks Face ID Unlock, fingerprint sensor scanner, which is also available on itel A32F and .

Technically, you could keep the LAVA Z50 alongside with the likes of ZTE Tempo GO, Nokia 1 and Tecno F1 They all run on Android Oreo (GO Edition).

If you are interested in the LAVA Z50, you can get it on Flipkart, Amazon, and Snapdeal. And the handset is priced t ₹4,400 / $68 / N24k. Surprisingly, the smartphone features a 2-year warranty and budget friendly.