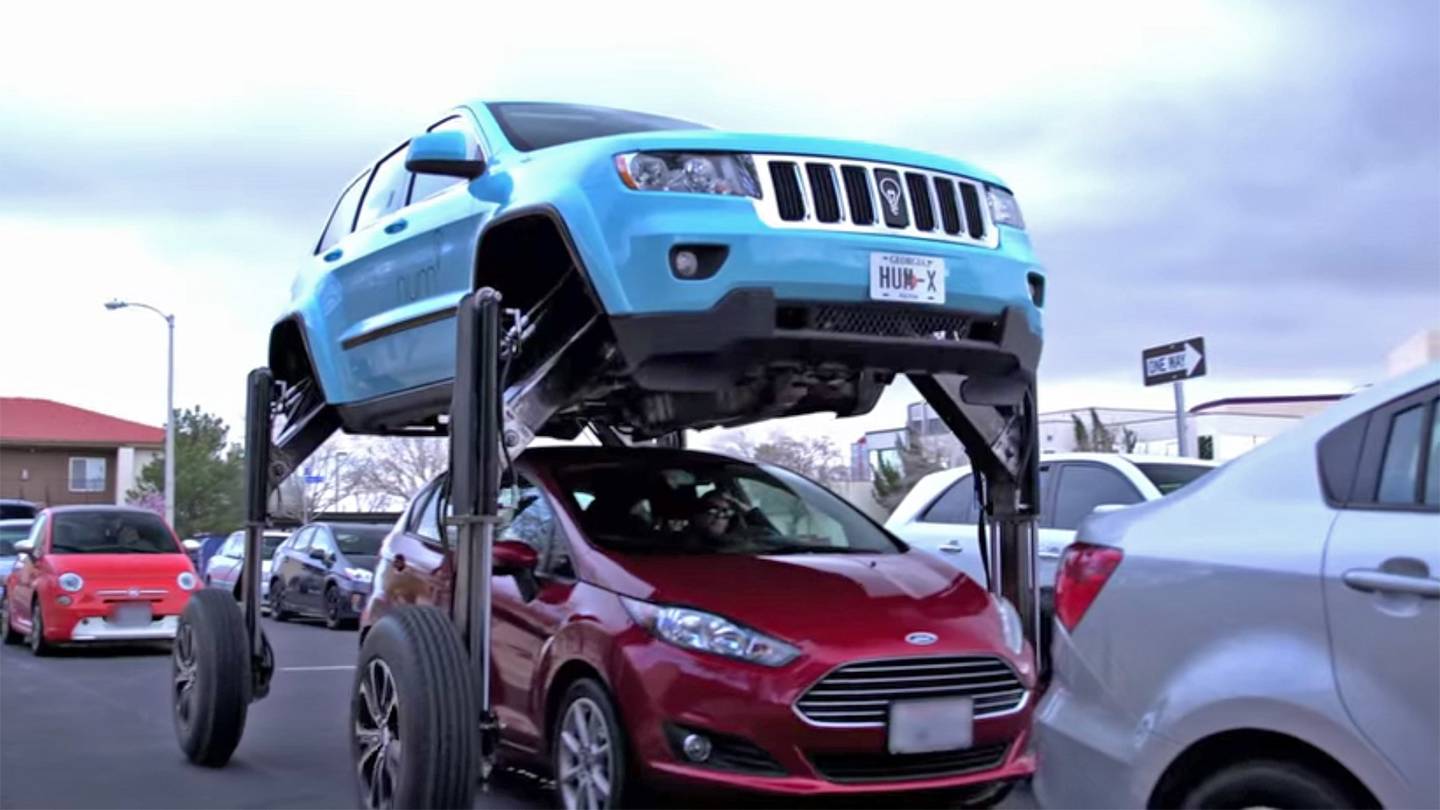 This isn’t the normal JEEP we drive around everyday; It is a new Jeep called Grand Cherokee that rises over traffic jam and it rises over the normal Lamborghini cars and many others we know. Recently released to Promote Verizon’s New Connected Car Tech!

But every now and again, even 10.8 inches of ground clearance isn’t quite enough. Enter: the Hum Rider, a Grand Cherokee that’s been rebuilt to rise up nine feet above the ground on telescoping hydraulic limbs so it can roll straight over traffic.

The Hum Rider was conceived of by marketing firm Thinkmodo and built by Scott Beverly of A2Zfx, according to Mashable. It was created as a publicity stunt for Verizon’s new plug-and-play connected car system, Hum, which enables users to enable features like geo-fencing, vehicle locating, and emergency assistance into any car built after 1996 with a Bluetooth-connected speaker simply by plugging a dongle into the OBDII port.

Stuck in a traffic jam? Hum Rider is here to help. With the push of a button, Hum Rider widens and elevates and lets you drive over cars in front of you. Problem solved. Watch the Video Below and see for yourself!

The stock drivetrain has been ripped out and replaced with a gas-powered Honda generator under the hood, which powers the pumps driving hydraulic fluid at 900 pounds of pressure through hundreds of feet of cable to all four corners of the vehicle.

All those modifications mean the Hum Rider weighs in at more than twice the size of a stock Grand Cherokee—about 8,500 pounds, according to Mashable. Which means this Jeep probably can’t even outrun Usain Bolt, let alone match a regular G.C.’s 100-plus-mile-per-hour top speed.