Alongside with the launching of the low-end Smartphones, A44 and A44 Pro, the company also announced the itel S42 and it is the successor to the S41. It comes with Fingerprint sensor scanner and more impressive specs.

The S42 is the first company’s Smartphone to feature Full Screen Display, well, you might have been seeing that on other phones, but the S42 comes with a style! The camera pixels can be compared to the mid-range Smartphones.

The itel S42 Android Smartphone comes with big screen size but in a smaller package, that is more than impressive. As it allows you to see more and there is fingerprint sensor scanner nicely placed at the back! 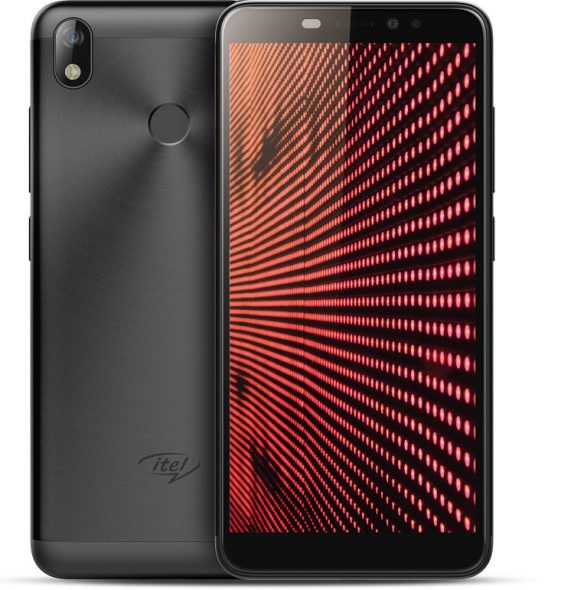 On seeing the S42, the first thing that came to my mind is ‘picturesque’ and it is 8.2mm thin with its curved screen display. It comes with a metal unibody design, with fingerprint scanner placed at the back cover. I really love the placement of the camera lens at the back.

This mid-ranger is quite awesome and features the trending specs and design. Available in Black and Champagne color variants. Looking at the bottom back of the phone, you would see the company logo, boldly written.

You might be wondering, what could a 13mega-pixels with flashlight do in the front, it takes amazing selfies even at low-light, it is incomparable to other brand of the same range while on the back, it features a 13mega-pixels shooter, your photos will be getting more lights and clearer shots.

The handsets runs on Android Oreo 8.0 out-of-the-box. The phone is powered by a 1.4GHz with Adreno 308 GPU Qualcomm Snapdragon 425 chip-set paired with 3GB RAM, with such powerful processor performance, the device could complete command and tasks without lagging.

You can play mid-end intense games, run various applications, watch movies, stream videos on YouTube at the same time with the itel S42 and it will still remain in a normal temperature. Being the company’s first device to come with Full screen display, you’d have to expect more from itel.

On the internal storage, the phone arrives with a 16GB inbuilt storage, which is expandable up to 128GB. You can go ahead and save more apps, games, movies, musics and of course, your lovely photo shot.

It is fueled by 3000mAh battery that offers a talk-time of up to 21.5 hours on 4G and a standby time of 400 hours. On the security, the itel phone comes with Fingerprint sensor scanner, that is mounted at the traditional rear side.

The itel S42 was launched in India, so we are expecting the Nigeria launch by mid-April. It is priced at $131 app. N45k in Nigeria currency. Meanwhile, the price might tend to change due to location!

If you are on a budget and looking for a beautiful Smartphone with mid-range specs, then you can get the itel S42 Smartphone for a more friendly price.