itel S13 is the company’s latest affordable Android Go Edition Smartphone to feature in the itel S-series. itel has a lot of phones running on the Google’s optimized version of Android out of the box.

But the itel S13 is the first Smartphone in the company’s S family to run on this Android GO. However, it is much like my own-kind A32F Smartphone. Today, we will be bringing the comparison table to the both.

One of the notable differences among the both phones is the cameras, the S12 packs a dual selfie camera while the S13 comes with dual rear camera. Lets get started with the differences and similarities between the S12 and S13! 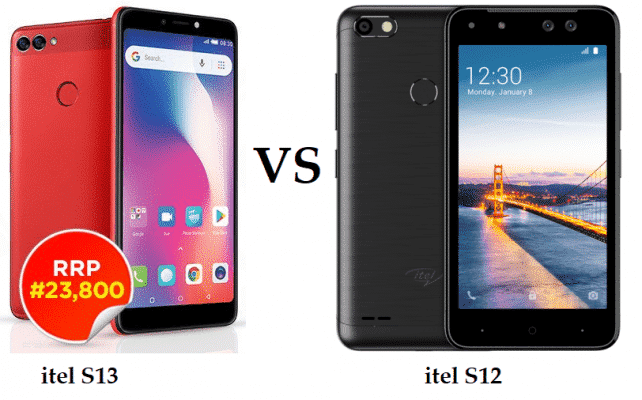 The above table shows you the differences and similarities between both phones. The biometric fingerprint sensor sits at the same place on the back of the phone but the cameras are inter-changed. The S13 bezels on the top and bottom are much smaller than the S12.

There is the same design, but a larger screen display size on the S13. Other similarities includes the processor, chipset, RAM but different OS. As the itel S12 runs on Android Nougat but the S13 with Android Go Edition.

The price is likely the same, currently the itel S12 is priced N25,000 in various online stores and offline markets. The S13 is a low costs Smartphone, we are looking forward to the same price range!