itel S12 is an Android powered Smartphone that packs a reputable design and fine-cutting edge design on the front and back. The mobile phone comes with a dual selfie camera, which brings in a more brighter selfie for your gallery.

The exclusive Smartphone, itel s12 runs on Android Nougat with smaller screen, bigger bezels on the top and bottom. The S12 also features a 2400mAh battery capacity and it is more affordable for Nigerian budgeted market. 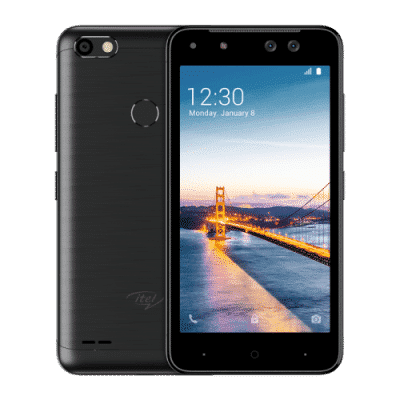 The mobile phone, S12 comes with a full metal body design on the back, which offers a smooth and curved design. The elegant and stunning design makes the phone to look more premium and impressive. Comes with 5.0” IPS super bright display.

When compared with other Smartphone in the markets, the S12 will sky-rock above all others. There is a fingerprint sensor scanner at the back, which is under the single camera lens. Being a 2017 Smartphone, there are huge borders surrounding the screen.

However, the top bezels houses the dual selfie camera, but the S32 and S32 LTE also comes with the same feature. The S12 is available in three awesome colors options -Elegant black, Champagne Gold and Moonlight Silver.

The cameras of the device is lot more surprising. Featuring a dual selfie camera – which isn’t unique or ground breaking in the Smartphone but the company is bringing in a little difference.

At the back, the phone holds a high-quality photos using a 8-megapixels with Auto Focus feature. The back camera comes with blue glass IR filter for more picture enhancements. The spectacular feature here is the bokeh effects.

The phone is for the low-end markets, powered by a MediaTek chipset running on Quad-Core 1.3GHz processor. The S12 features a 1GB RAM for easy multitasking and faster processor performance.

While on the storage options, the phone features an 8GB of internal storage, which is expandable up to 32GB via micro SD card slot. That means, you’ve got more storage options for your files: movies, videos, photos, games, applications and musics.

Overall, the phone is fueled by a removable 24000mAh battery capacity, which is also optimized by the processor for more longer life. However, the phone runs on Android 7.0 Nougat out of the box.

The price of the itel S12 in Nigeria is around N20,000 to N25,000 and it is available for purchase in Nigeria, Kenya, Ghana, Ugandan and many more other Africa countries.

itel is slowly taking over Africa markets, last statistics shows a profound success among other competitors -all thanks to the company feature Smartphones.