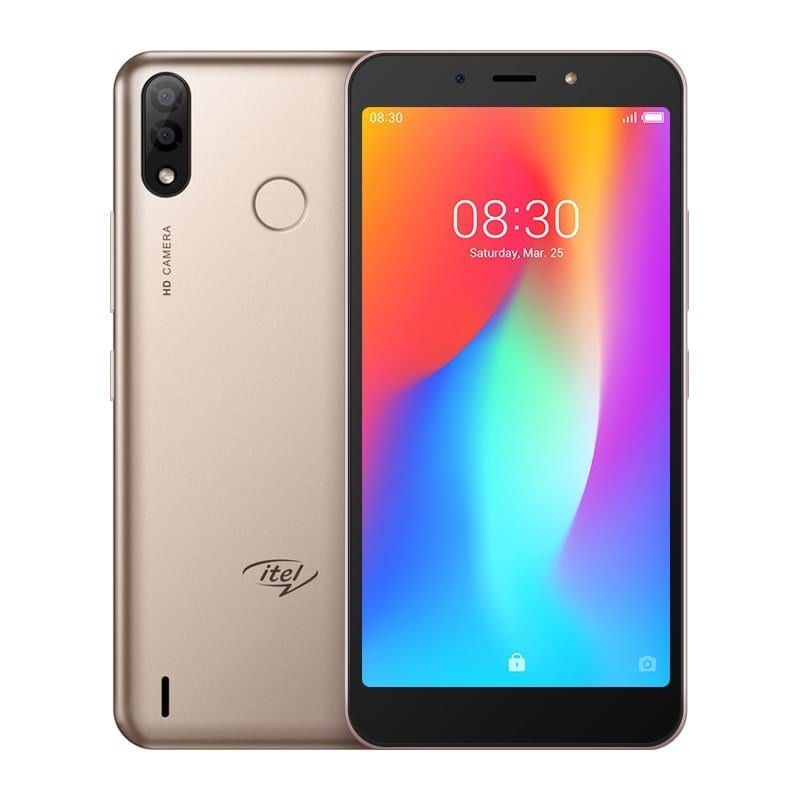 The company has released a good number of Smartphones that runs on the optimized version of Android 8.1 Oreo, which happens to be the Go Edition. Anyways, it has a successor, Android 9 Pie (Go Edition).

Itel P33 was recently introduced into the company’s P series, which is Itel power series. And it is the direct successor to the Itel P32 Smartphone. They are recommendable specs and features.

Between the Itel P33 and P32, you can notice few similarities, which includes dual rear camera, 4000mAh battery capacity, Android (Go Edition), 1GB of RAM, and the same processor.

The Itel P33 is an afforadable mobile handset with plastic design, and large bezels at the front display of the phone. Well, the design is quite impeccable but still remains at a budgeted costs.

It sports a 5.5“ HD+ IPS FullScreen, with low screen-to-body ratio, but can display immersive videos and photos. It definitely provides visual experience with more details and vivid colors.

The Itel P33 arrives with a fingerprint sensor scanner at the back, and a dual camera setup, with the company’s logo at the bottom back. It is available in different colors, Champagne Gold, Phantom Black and Deep Blue options.

At the right side of the phone sits the volume rocker button, and power button. While the top hosts the 3.5 audio jack port, speaker at the back and others such as charging port, mic stays at the bottom of the phone.

For the photography, the mobile handset comes with three cameras in total, a single front facing camera lens and a dual rear camera setup at the back of the handset.

The large bezels at the top of the screen display hosts other components including the 5-megapixels camera lens, which acts as the selfie snapper and support Face Unlock feature.

While the Itel P33 back dual camera consists of the main 8-megapixels lens + secondary 5-megapixels for capturing in-depth photo review. However, the front and back camera supports improved Bokeh, superior portrait modes.

The handset comes with GPS, WiFi, Bluetooth, dual SIM, USB 2.0, and other network and connectivity options. However, there is the Accelerometer, Proximity, Temperature sensors.

Itel P33 is built around a MediaTek MT6680 SoC, which is clocked at 1.3GHz Quad-core processor. Coupled with a Mali T400 GPU, for better graphic enhancements.

Anyways, the device is only available in a single variant, 1GB of RAM for multiasking and 16GB of internal storage, which is also expandable via a dedicated micro SD card slot.

It is powered by Android 8.1 Oreo (Go Edition) operating system, and fueled by a large and powerful 4000mAh battery capacity, with support for 80 hours normal usage. The AI Power Master can save power intelligently.

For the availability and price, the Itel P33 would be sold under $100 (N37000) in Nigeria currency. And in the next few weeks, expect to see the phone hitting stores sooner.