Itel mobile unveils three budgeted Android powered Smartphones in India and it is currently available in all stores. They include the Itel A45, Itel A22 and Itel A22 Pro. Lets see what the Itel A45 is offering first.

However, the Itel A45 arrives with dual rear cameras, and there is the rear mounted fingerprint sensor scanner. The bezels surrounding the screen looks more of 2017 Smartphone but it is compromised because of its budgeted price.

It features a vivid screen display of 5.45-inch IPS HD+ 18:9 2.5D curved glass display and with the 720 pixels as the screen resolution, users can watch movies and play intensive game in a super clean display.

However, the Smartphone comes with a 18:9 aspect ratio, and boasts of 81% screen-to-body ratio. Which isn’t bad for a Smartphone of this kind. Nonetheless, there is the sunlight readable with blue-ray eye protection.

The device is available in Midnight Black, Anthracite Grey and Rose Gold colours. At the back, there is a fingerprint sensor and a dual camera setup.

The Itel A45 comes with a dual back camera setup, which consists of 5-megapixels Auto focus primary camera and a VGA secondary camera, which boasts of LED Flash. And it also support Bokeh effect.

On the front aspect, it features a 5-megapixels camera shooter with soft light flash. All cameras f/2.0 aperture with 4 piece lens and HDR mode, including beauty mode.

Meanwhile, the processor performance of the Itel A45 is also powered by a 64-bit 1.3 GHz Quad-Core MediaTek MT6739WA processor with 1GB of RAM.

Thankfully, the 1GB of RAM is much more comparable and easy to understand because the phone runs on a streamed down version of the Android 8.1 Oreo OS, which is the Go Edition, for optimization of apps etc.

Featuring a 8GB of internal storage, the Itel A45 can withstand multiple files and documents such as photos, movies, musics, applications, games and photos. However, it can be expanded up to 32GB via Micro SD card slot.

For the battery aspect, the budgeted Itel A45 is fueled by a 2700mAh battery capacity. Might be low, but Itel phones boasts of strong battery performance. There is a smart key for bike mode, which sounds amazing for such enticing phone. 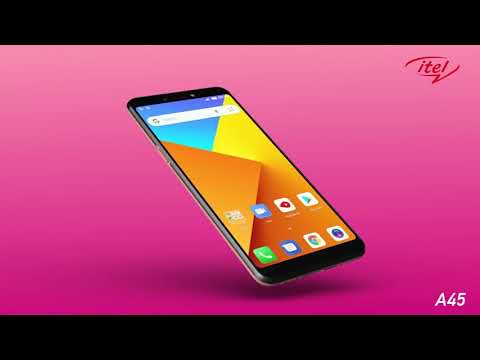 Price of Itel A45

As already aforementioned, the Itel A45 is priced at Rs. 5,999 in India, which is around N29,000 in Nigeria. This is not the first time China-based Transsion Holdings’ Itel mobile will be launching trio Smartphone at go, they have done it with the Itel A15, A44, A44Pro.

“The new ‘A45’ is a result of our commitment to providing best in class mobile technology along with superior experience to consumers,” Goldee Patnaik, Head of Marketing, itel Business Unit, said in a statement.