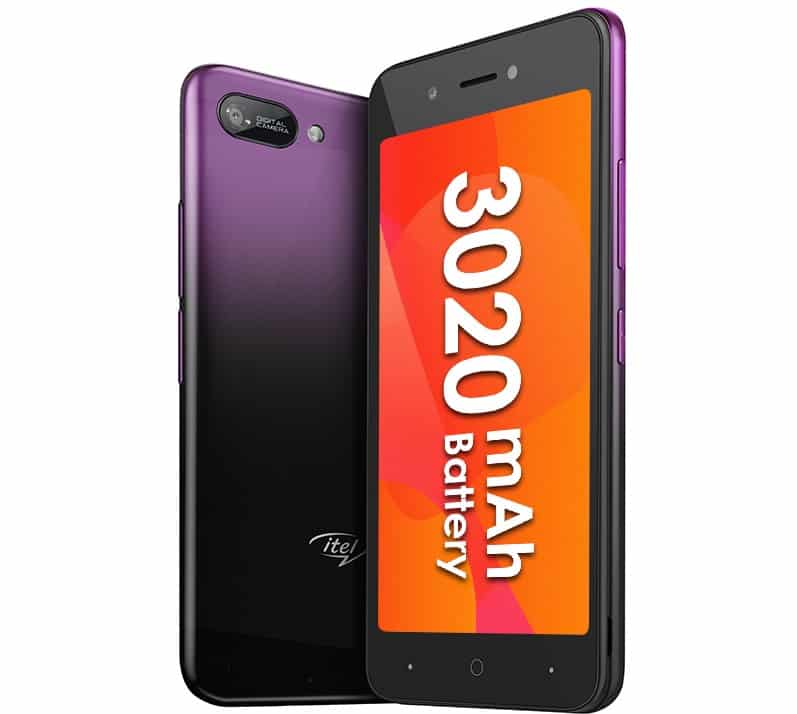 itel A25 Android Go Edition smartphone has been announced with a 5-inch HD display, 1.4Ghz quad-core processor, 1GB RAM with 16GB of internal storage in India.

It is the company’s latest Smartphone in 2020 and also a budgeted affordable mobile phone with an Android Go Edition operating system.

The company recently announced the A46 smartphone with dual rear cameras in India, A55 with a bigger screen display, and the A33 device, along with others in its A-series lineup.

Since it is a budgeted Smartphone, it sports low specifications and features. Where you have a single camera lens at the front and back, including other downgrading specs.

The new itel A25 arrives with a 5.0-inch IPS HD display with a resolution of 1280 x 720 pixels, with a clear huge bezel surrounding the front display. It comes with a gradient back.

itel A25 lacks a fingerprint sensor support, but it the front selfie camera doubles as a face unlock biometric feature. Other forms of traditional securities are still intact.

Under the hood, the itel A25 is powered by a 1.4Ghz QUAD-core processor, paired with 1GB RAM, 16GB of internal storage. Allowing you to store more files such as music, photos, applications, games, and others.

It is backed by a 3020mAh battery capacity, which can last a day or so. It is being charged via a quaint Micro USB 3.0 Pin. You can now purchased the phone in India at Rs. 3999 via any authorized offline stores.