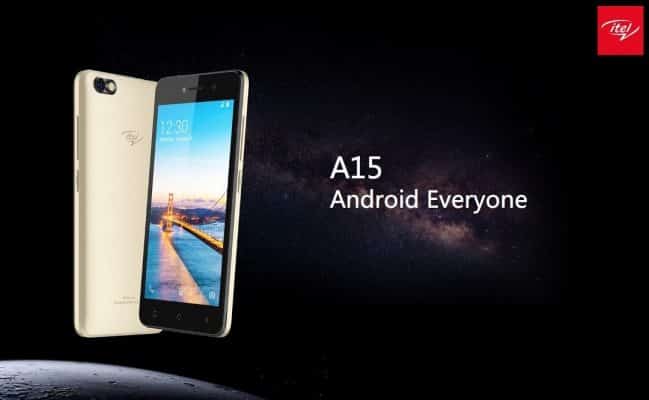 Alongside with the launch of other Smartphones, Itel unveiled the Smartphone and it runs on Android Oreo GO, which is optimized for low-end apps, such as Gmail GO etc.

The Itel A15 with Fingerprint sensor scanner, and it is available in two variants, 1GB RAM and 512MB. The Itel A15 might runs on Android OREO Go, but it is a low-end phone!

Anyways, don’t think that Itel isn’t also focusing on other market. Competitively, the itel S41 and S42 Android smartphone is the best flagship phone from itel and also on the Power series, there is also the itel P31.

Itel company is in alliance with Tecno and Infinix, they are all under Transsion holdings. It is the Mother company of them all. While Itel is meant to focus more, om lower budgeted phone specs price than others.

The Itel A15 doesn’t bring any new specs, but with the Android Oreo GO Edition, the phone can basically switch through apps that are lite, such as Youtube GO, Gmail GO, etc

The phone is available in two variants, there is the 512MB RAM and 1GB RAM. But the 8GB of internal storage can be expandable up to 32GB via Micro SD card slot.