The popular Apple iPhone 7 Plus was tested and hurled from the world’s tallest building and do you know what? Nobody saw the iPhone again. It got lost and not only that, it got destroyed!

Ignoring the fact that this would almost certainly kill below with a direct hit, the drop (over half a mile) should lead to some impressive footage of the damage once it makes contact. 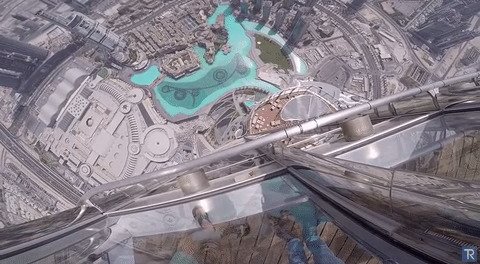 Apart from the Iphone 7 Plus getting tested from falling from the World’s tallest building, it also has some faults. Meanwhile, for the main time, they have been only two reported case. The first is the Bluetooth issues and the second is…

This is too disgusting. The second issue about the Apple iPhone 7 Plus is the Explosion just like the Samsung Galaxy Note 7. But for the cause of the Explosion has not been explained and apple are yet to respond to the issue arising.

You can watch the video below…

The testing and experiment was actually done by  TechRax, a vlogger known for doing crazy things puts the iPhone 7 Plus to the the Burj Khalifa in Dubai.