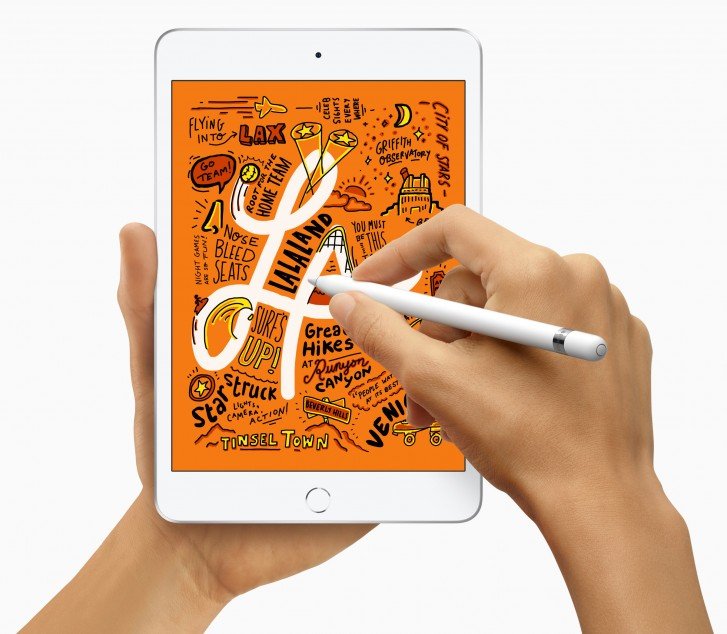 Th Curpentino California-based company, Apple, has silently added two iPad to the family, it is the iPad mini, iPad Air 2019 models and the both iPad arrives with Apple pencil support.

It was on Monday, that Apple unveiled the new 10.5-inch iPad Air, and iPad mini model, which is a direct successor to the already existing iPad mini 4.

For more references, there are the third generation 10.5-inch iPad Air and the fifth generation 7.9-inch iPad mini. The both models comes with few identical and similar specs.

For instance, the both new 2019 models arrives with run on the Apple A12 Bionic chip with Neural Engine, advanced Retina display and embedded M12 coprocessor.

And you can find the same 64GB and 256GB storage capacities, with optional cellular support. And like already mentioned above, they arrive with support for the first generation Apple Pencil.

For the previous generation, the former iPad (2018) and iPad Pro models will still be available for purchase, but the other iPad mini 4 will not.

While for the performance, it is powered by a A12 Bionic chip, which was seen on the iPhone XS and iPhone XS Max smartphones.

It also arrives with a stupendous 8-megapixel f/2.4 rear camera on the tablet with five-elements lens, and a 7-megapixel front shooter with Retina flash support.

The iPad Air is said to deliver a 70% boost in the performance and twice in graphics capabilities when compared to the iPad (2018).

Seen as the smaller of them all, the iPad mini comes with a 7.9-inch LED-backlit Retina display with 1536×2048 pixels resolution, with 326PPI this is the highest density of any iPad model.

Like the iPad Air, the display is also laminated and supports True Tone and wide color. Other specs and features are identical and similar to the above iPad Air.

Such as the both phones runs on the Apple A12 Bionic chip with Neural Engine and embedded M12 coprocessor, 64GB and 256GB storage with optional cellular support.

And you can either purchase them in different color options, which includes silver, space gray, and gold options.

The company also added that a Polyurethane Smart Covers for both iPad Air and iPad mini will be sold at a different price, $39 while the iPad mini at $49 in charcoal grey, white, pink sand and a new papaya, with additional Leather Smart Covers available for iPad Air in black, saddle brown, midnight blue, and red at $69.