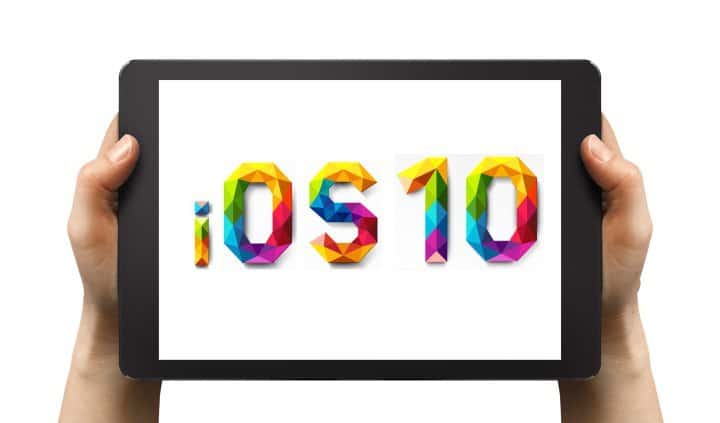 At the Apple WWDC, various and different updates were launched but the iOS 10 was what caught the eyes of everyone. Although, most of the features were taken from Android operating system. Meanwhile, the iOS 10 is the best operating system for Apple phones.

And I also learnt that the new iOS 10 is far more than the Google Hangouts. Even at the Apple WWDC, most of Emoji were also launched. Although the iOS 10 iMessage app is indeed a more promising app, it will be arriving with a great features. But comparing the iMessage to the Facebook Messenger will be more compromising.

The Apple iOS 10 iMessage app will be featuring rich links, showing snippets of a web page when dropping links into the chat. YouTube is also supported and — unlike Hangouts — plays inline directly in the chat, so you don’t have to wait for another app to load the content. This also applies to Apple Music links, which play directly in the chat.

Guess what, the iMessage app won’t be coming to Android, there wasn’t any peep about it coming to Android at the Apple Developers even – Apple WWDC. The iOS 10 will bring Payments, Stickers, Games, and More to iMessage. And when it comes to Texting On Your iPhone, it is About to Change Forever.

Although, not many other iMessage Apps have been detailed by Apple and developers yet, but wording on the developer beta site mentions users will be able to “share content, edit photos, play games, send payments, and collaborate with friends.”

As popularly known one notable update to Apple’s mobile operating system came in the form of third party developer support in Apple’s iMessage chat platform. So below are the new features that will be arriving to iOS 10 iMessage application.

And the iOS 10’s Overhauled Lock Screen is another Apple WWDC event update. Let’s quickly, look at the below iMessage of iOS 10 fro Apple. 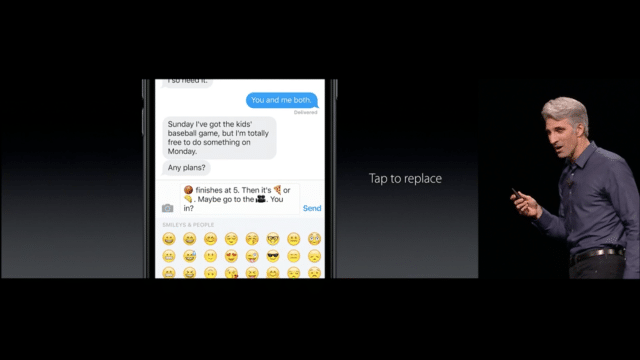 *. Letting a third-party developers plug into the iMessage, you’ll be able to do things like order food, buy movie tickets, or send money to a friend without leaving the Messages app. Although, not many Apple User’s love this new feature. In other words,you can now Use Apps Without Leaving a Conversation likewise on FB Messenger.

*. Are you tired of scrolling the FB Messenger 1500 Emoji, hop into the new format of Apple iOS 10 iMessage app,where you can tap to Replace Words With Emoji. Tapping a word to replace it with the corresponding emoji, by the new iMessage. Also on the update, the keyboard will also suggest emojis as you type, which is similar to the way Google’s Gboard keyboard for iPhone already does. Emojis will appear three times larger within messaging threads as well.

*. And Apple also included a new UI, that is when you are choosing the camera to snap a pic or choosing one from your camera roll. The live camera preview/viewfinder is displayed directly within iMessage and extremely similar to other messaging apps we’ve seen.

*. With the new Apple iOS 10 iMessage app, you can successfully Hide Sensitive Texts and Photos. The new iOS 10 iMessage app allows you as users to send messages that are scrambled until the other person touches them through a new feature Apple calls Invisible Ink. The capability works with text or images, and the user can unscramble the content by swiping his or her finger across the message.

*. The iOS 10 iMessage app will let you Respond to a Message Without Typing. It is not Emoji. Apple has added Tapback, this is when you just want to quickly confirm that you’ve seen a message, or give a quick yes or no answer. With this feature, you are allowed to tap a message and send an icon like a heart, a thumbs up or thumbs down, or a question mark among other symbols.

*. You can now Write and Draw With Your Finger on the new iOS 10 iMessage latest app. This is making alot sense. Because with the new Apple’s update, they will be bringing the ability to hand-write a note in a messaging thread or draw a sketch using the same Digital Touch feature found on the Apple Watch. You’ll also be able to scribble text over images and videos.

Other Important Update coming to the Apple iOS 10 iMessage app

a. You can now Launch the Camera Inside Messages.
b. You can now Change the Background to a Special Effect, also called “Bubble Effects”.
c. You can Play and Share Songs From Apple Music with the Apple iOS 10 iMessage.
d. Love sending links via messages, the iOS 10 iMessage user can Send Better Looking Links.

According to the source, Apple says that iMessage is the most frequently used messaging app on iOS, so it makes sense that they’d be looking for new ways to turn it into a new source of revenue for the company. Hence, allowing developers to tap into it is the perfect way to make money, add convenience for users, and still keep all the privacy features users care about most like end-to-end encryption.