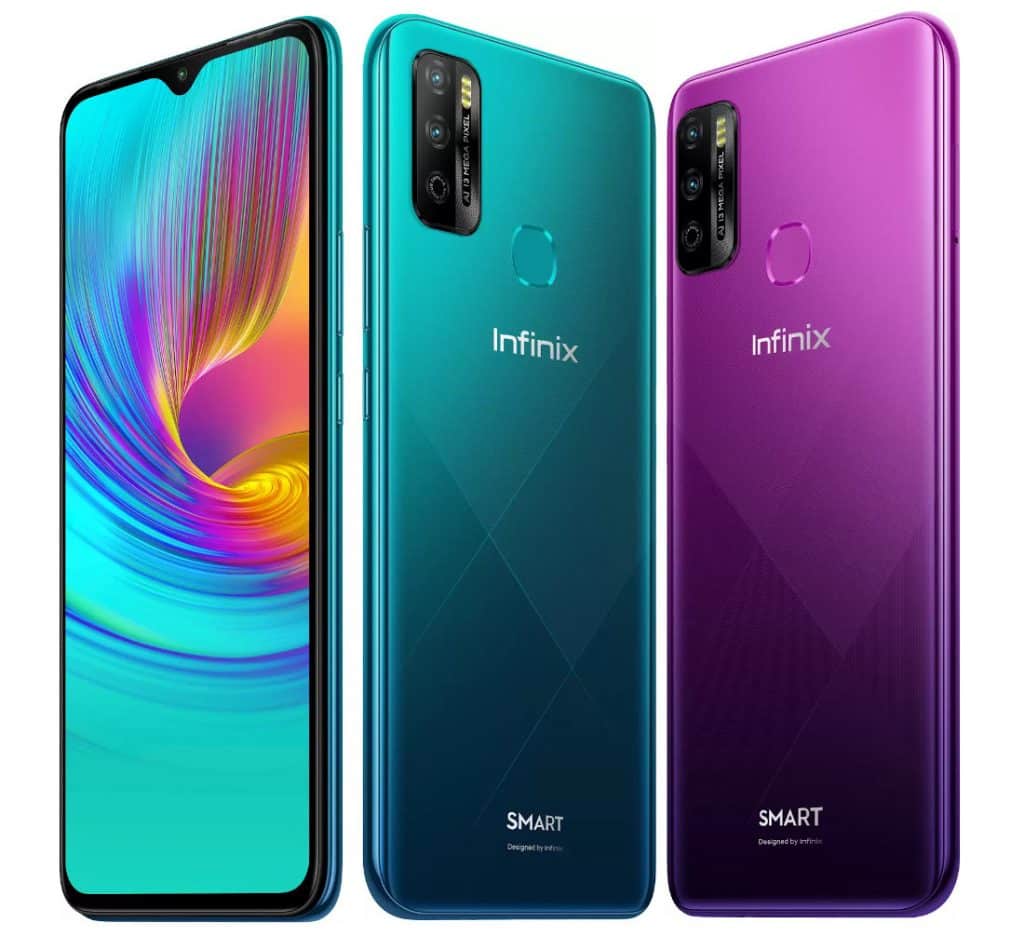 This is the Infinix Smart 4 Plus with a 6.82-inch HD+ display, 13-megapixel dual rear camera setup, 8-megapixel front-facing camera, 6000mAh battery and it is powered by MediaTek Helio A25 with 3GB of RAM.

Infinix Smart 4 Plus was officially announced in India, as the company’s latest entry-level Smartphone in its Smart series. The phone boasts of amusing features, and it’ll compete with the Rs. 7499 Realme C11 in India.

Most of the specs are quite interesting, and it comes in a gem-cut texture design on the back, which still holds a fingerprint sensor scanner under the rear camera. It is the successor to the last year’s Infinix Smart 3 Plus in India.

The Infinix Smart 4 Plus comes in three splendid colors, where we have the Midnight Black, Ocean wave, and Violet color options, and it is quite slender at 8.9mm and lightweight at 207g.

It comes with a 6.82-inch HD+ Drop Notch display, which boasts up to 90.3% screen to body ratio. At the back is a fingerprint scanner, and sports a dedicated dual SIM.

The rear of the phone sports a dual rear camera setup, where the 13-megapixels lens is the main camera with a triple LED Flash, along with a depth sensor. The rear cameras also support features including Auto Scene detection, AI HDR, AI 3D Beauty, Panorama, and AR Animoji. While the drop-notch display holds a single 8-megapixels camera with dual LED flash.

The phone is available in a single memory variant, which is the 3GB of RAM, and 32GB internal storage, with a dedicated microSD card slot for up to 256GB. And runs on Android 10 OS out of the box, with the company’s XOS 6.2.

With the 6000mAh battery capacity onboard and 10w charging support, Infinix claims the phone does offer 23 hours of video playback and 38 hours of 4G talk-time on a single charge.